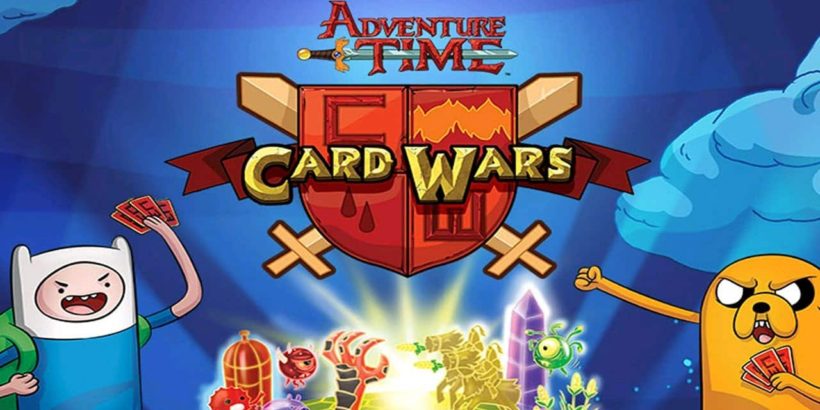 If you have a kid, or you have been watching The Cartoon Network yourself you’ve probably seen the show called Adventure Time. The Show has been going on for a long time and the kids love it. In 2012, there was an episode entitled “Card Wars”. Ever since that episode was shown, all of us wanted to play Card Wars ourselves and now we will be able to.

A company named Cryptozoic decided to fulfil our wish and make this game, which turned out to be quite good. This is a 2-player game where you and your opponent duel to the death. You’re probably asking yourselves how this game works, don’t worry, it’s pretty straight forward.

You bring monsters into Card Wars – Adventure Time for pc by placing them on the specific tile. Every player has its own turn and then they fight with their opponent’s monster. The goal is to score 25 hits against the other player and then when they lose, they become a dweeb.

As you could assume, in this game you fight using cards. The cards are split into the three categories and each card has its own cost value, which you can see in the upper left corner.

When you start the game you have to choose between 4 different decks. Each deck means different playstyles. When you and your opponent pick your decks you need to form lanes. After both players are ready, the game starts.

Every player plays on 4 lanes, and every lane has a different environment which dictates what can be played. Both players have their own turns when they decide which cards they will play and which to floop. If you are unfamiliar with the term floop, all that means is that card possesses a special ability that can be activated.

After they choose their cards, players fight to the death. They player who wins is crowned as the cool guy.

The gameplay itself is pretty simple and straight forward, but there is certain depth to it because every card means a different strategy. To make battles more interesting, developers added the possibility of missing a shot or land a critical strike, which deals bonus damage.

Considering that the atmosphere is the important aspect of Card Wars Adventure Time for pc, developers added voices of the actors that were in the original Adventure Time show. 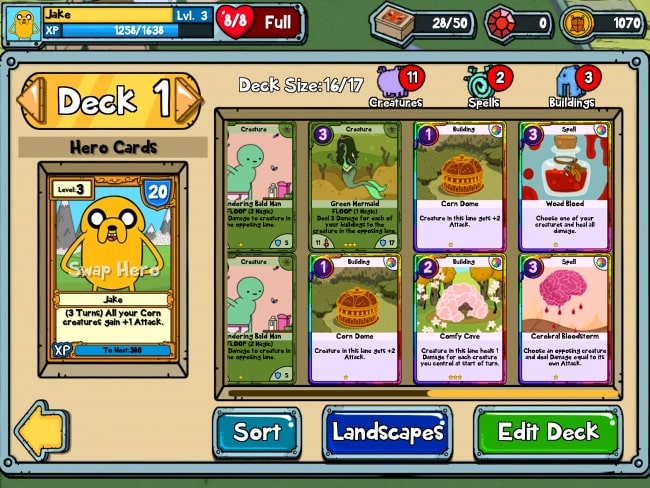 Just like the most games, this one has a flaw too and that is energy mechanic. In order for you to gain levels, you need to battle, but every battle requires a certain amount of hearts. You can buy more hearts with the gems that you don’t get that easily.

Considering that you have to pay 3.99$ for this game, this mechanic doesn’t allow the player to enjoy the game the way he wanted. When they player has to think about managing his energy resources, he won’t have nearly as much fun as he would without this unnecessary mechanic.

In order for you to play this game, you’ll need Android, iOS or Windows OS and more than 200 MB of free space

How to Download and Play Card Wars Adventure Time on PC:

If you liked this post, don’t forget to rate and share. Also if you can’t run Card Wars – Adventure Time for PC/MAC or any other issue, write in the comments below and we’ll help you.