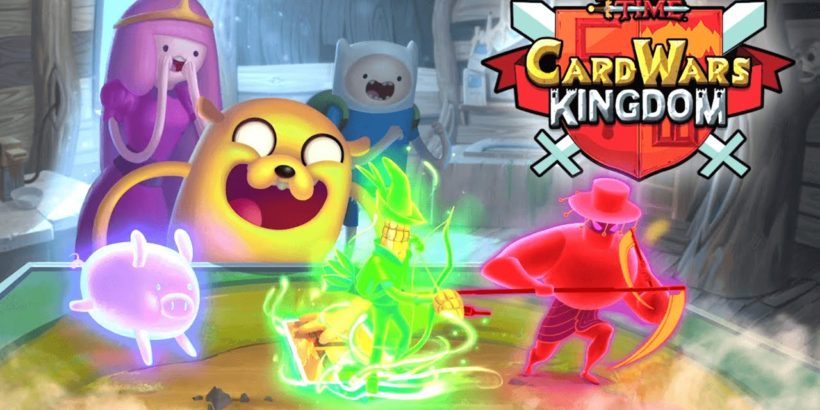 Offered by Cartoon Network, Card Wars Kingdom is an adventure game based on the animated series- Adventure Time. The mobile game features popular characters such as Jake, Finn and Princes Bubblegum. It is designed for Android and iOS devices, but that doesn’t mean that it can’t be played on a PC.

Get Involved In An Epic Creature Combat

The game requires you to assemble powerful creatures and lead them in fights with the aim of claiming the Card Wars glory. It also requires you to utilize the power of spells, floops and landscapes in order to intensify your combat missions. With an all-new combat system, the game allows you to take down your enemies more efficiently.

Get Your Fighting Team From The Creature Lab

The Creature Lab boasts hundreds of creatures such as Husker Knight, Pig and Cool Dog. You can enter the lab and select powerful creatures to build your team. To develop some stronger creatures and make your team more powerful, you can fuse or combine two creatures.

The creatures come with cards that can be boosted to make the creatures more powerful. You need to work around the cards that are possessed by your creatures in order to be successful in the battles. Some cards have healing and magic powers, and you can boost these powers by fine-tuning the cards.

Card Wars Kingdom allows you to choose the best heroes and lead them in combat battles with the aim of winning the battles. You can choose from Princess Bubblegum, Jake, Marceline, LSP, BMO or Finn, depending on your playing needs.

The heroes are made available to you when you level up or make achievements, so keep an eye on the screen and don’t hesitate to grab them when they become available. If you are finding it hard to get heroes, use the game’s currency to buy them.

Participate In Special Events and Get Involved In Multiplayer Actions

You can make use of Strike Dungeons which boast strong characters that can really challenge your skills. You can participate in many challenges and boost your skills in these events. You can win cards and loot valuables when you eliminate your enemies. 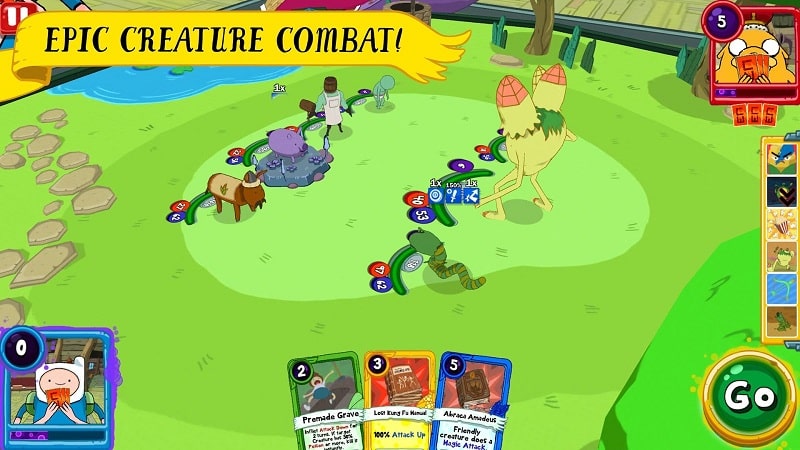 The multiplayer actions can be in the form of PvP battles. To get involved in these actions, you need to join your friends and fight other players online. There are many rewards which come with these actions, and you can always borrow assistance from your allies.

Play Every Day and Get Amazing Rewards

You stand a great chance to win amazing rewards if you play Card Wars Kingdom every day. If you don’t have hours to play, just sign in for a few minutes every day and you will get rewarded with bonuses. When you sign in, remember to check for more bonuses in the Skeleton Chest, Treasure Cave and Daily Chest.

Yeah, you can play the game on your laptop, MAC or desktop. Just install an Android emulator on your PC and download the game app. Playing the game on your computer allows you to enjoy better controls and improved viewing.

How to Download and Play Card Wars Kingdom on PC:

If you liked this post, don’t forget to rate and share. Also if you can’t run Card Wars Kingdom on PC/MAC or any other issue, write in the comments below and we’ll help you.