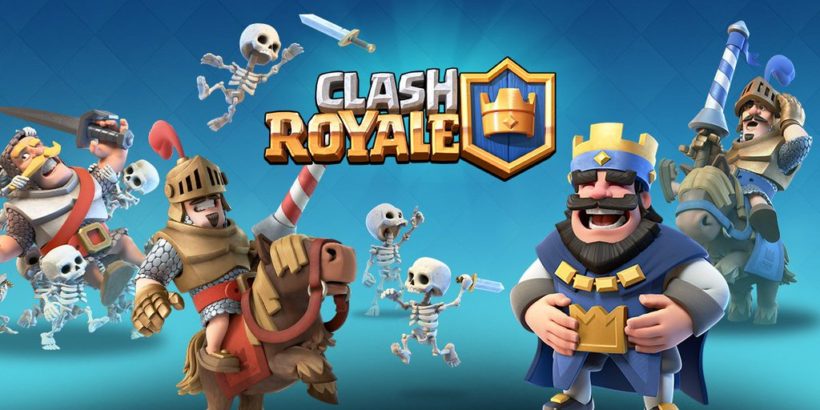 There is a handful of companies that earn huge amount of money only from one game, Supercell is one of them. Thanks to their game “Clash of Clash”, they’ve been one of the most profitable game developing companies in the world. To be more precise, they’re earning approximately 5 million dollars per day!

But the thing that sets them apart from other highly successful companies is that they haven’t tried to use their success and started to publish a large amount of low-quality games. Besides a few mini-games they’ve developed, they decided to wait and make a game that will be as successful as Clash of Clans, and it seems like they did it.

Clash Royale is the successor of Clash of Clans, which will keep the spirit of its bigger brother with some gameplay changes. Some elements will still be present, such as 1 v 1 mode, but there will also be things that won’t be in this game, the wait timers for example.

Players will be placed against each other on single screen maps, which makes controlling much easier. The map backgrounds will change but the layout will constantly be the same, so you don’t get confused and distracted.

The reason why developers decided to use static maps is the fact that it will be easier for players to create and use new tactics. That’s is very important in the games like this, it’s actually similar to chess, in order to win you have to stay very concentrated, study your opponent and watch every move he makes.

When it comes to the gameplay, there are two things you’ll have to focus on, cards and the mana you’ll need in order to play them. Each player gets to build his own deck that consists of eight cards that he will be able to take into the battle. But you need to keep in mind that you won’t be able to use all eight of them, to be more precise, you’ll be able to use only four of them. When you play the card you want, the other card from the deck will replace its place.

But the tricky thing is that thanks to the mana, you won’t to be able to play every card you want. In order to choose a card, you’ll have to spend some mana, but not every card costs the same, each card has different strength and a different cost.

Also, there is some other stuff besides cards and mana that you need to pay attention to and that’s territory. When you start the game, the only territory you’ll have is the one on the bottom of the screen. That’s why you’ll need to destroy your opponent’s turrets and take his territory away!

Even though this is a special game, Clash Royale is still a free-to-play game. That means that there are a bunch of stuff you’ll need to unlock. The more you play, the more chests you’ll win and that gets you cool things like brand new cards! 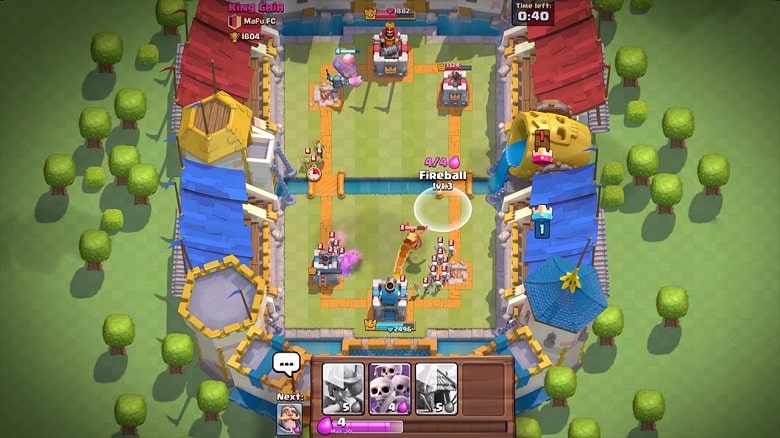 In order to play Clash Royale, you will need the device with iOS, Android Windows OS or MAC and more than 400 MB of free space.

How to Download and Play Clash Royale on PC:

If you liked this post, don’t forget to rate and share. Also if you can’t run Clash Royale on PC/MAC or any other issue, write in the comments below and we’ll help you.