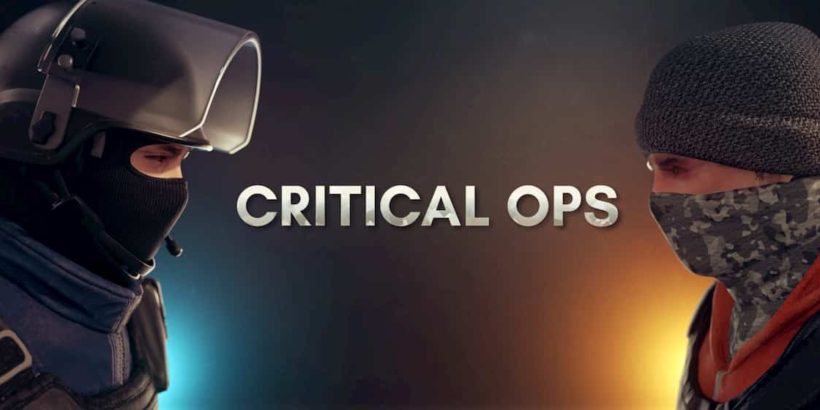 Critical Ops is a first-person shooter game that places the players at the center of a highly intriguing terrorist encounter. Just like Counter-Strike, Critical Ops will definitely test the player’s reflexes and ability to think in problematic situations; the player’s strategies and reflexes will be put to the ultimate test. However, just like any other first-person shooter game, with the right strategies and tips, the player easily overcome numerous difficult challenges and emerge successful in the long run.

Because Critical Ops is an intense game, the players must always ensure that they are alert, before they begin the matches. Nonetheless, this should never be a major issue mainly because the outcome of these matches will be fast-paced fun. With that said, here are important tips, strategies and critical ops cheats that the player should always put into consideration when playing Critical Ops.

In Critical Ops, the players are offered five weapons to pick from. The success of the player in completing the game solely relies on the weapon selected.

The manner in which the aiming functionality works in Critical Ops is a little bit tricky. When the players are navigating the maps, they should always be extremely cautious. Immediately the players spot an enemy, they should first shoot and then guide the shot to aim with speed and accuracy. When one ends up aiming then shooting, chances are that they will end up dead.

However, if the player believes that he or she is fast enough, then they can begin by aiming then shooting. The shoot before you aim strategy works extremely well with automatic weapons like assault rifles and SMG’s. Players should always keep in mind that holding down the fire button will ensure that they continue shooting.

Teamwork is undeniably an important element in Critical Ops. Players should fist look for a great team and then stick with the team, irrespective of what happens as the game progresses. The players can connect with the other members and discuss various things such as flanking, weaponry, game plan, and tactics.

What separates a good Critical Ops player from a great Critical Ops player is map awareness. However, understanding the map and each of the locations will definitely take time. As you continue to play more and more matches, take note of how the maps are laid out. Moreover, the player must take note of the locations where an ambush can take place or where one can hide. By studying the map, the players will be able to know the places where they will go and suit their guns, hide and even where to orchestrate an ambush.

If you liked this guide, don’t forget to rate and share. Also if you have other Critical Ops cheats, tricks, tips or strategies, share them in the comments below.