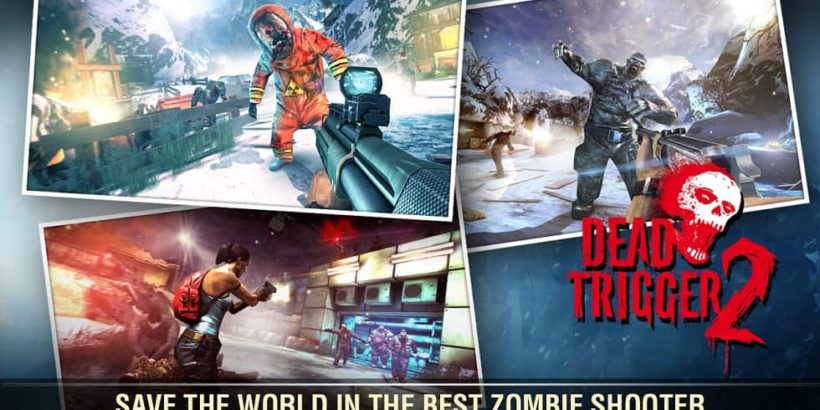 The original Dead Trigger was a pretty good game. The gameplay ran smoothly and the graphics were engaging but the experience was marred by overzealous use of in-app purchase. The developers learned from that mistake and made it free after a while then took what people loved about the original created Dead Trigger 2.

Madfinger are the geniuses behind this series of games and they did well to make sure that the sequel is better than the original.

Dead Trigger is an action survival game. The gameplay is still all about killing zombies but the sequel includes a more complex storyline and more expansive gameplay than the original. It also features optional missions which can be played for extra cash.

An increase in the number of playable areas is one of the best improvements in the sequel. The developers also threw in a few more gameplay options such as shooting zombies down from a helicopter and a wrench that you can use if you run out of ammo. Chicken bombs are a hilarious addition which allow you deploy fowl with bombs strapped to their backs.

Another cool addition is the lobby. This area gives you access to your own medic who’ll patch you back up, a gunsmith to upgrade your weapons and an engineer who creates cool gadgets like the chicken bomb. There’s also a smuggler to supply you with special items like boosters.

The graphics are great and you can customize them. The low settings are the default but switching to high makes a big difference on the texture of the environments.

The new playable modes keep Dead Trigger 2 interesting. It also features an auto-fire mode which allows your guns to fire automatically as soon as you aim at a zombie.

Simply shooting zombies as you go from one area to the next gets stale but the odd mini-boss battle switches up the pace in a refreshing manner.

There is so much cool content in this game that you can play it over and over again.

You’ll have to deal with a number of glitches. For example, you could find yourself in a room where you have to press a button that does not exist. The only way to fix the glitch is by rebooting the game.

Zombies are infesting just about every area of popular culture. Dead Trigger 2 for PC is a great adaptation of a fan-favorite genre but it lacks the innovative brilliance of game-changers like Resident Evil 4. But then again, such depth is not necessary for a mobile game.

You’ll have to deal with a few technical issues while you play. They are not enough to make you shut it off completely however some glitches are expected when a game pushes hardware to its limits the way that Dead Trigger for PC does.

How to Download and Play Dead Trigger 2 on PC:

If you liked this post, don’t forget to rate and share. Also if you can’t run Dead Trigger 2 on PC or any other issue, write in the comments below and we’ll help you.