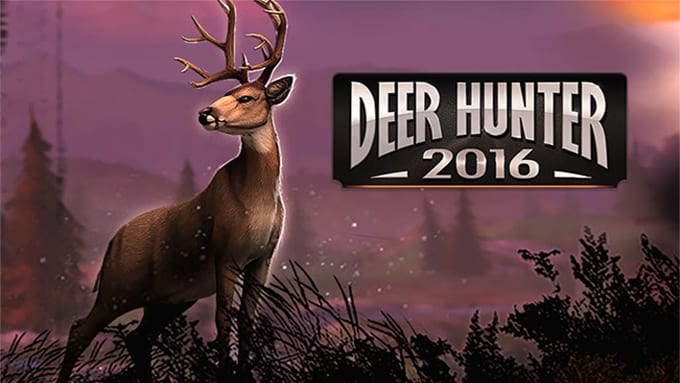 For almost 20 years, Deer Hunter franchise has been one of the best, if not the best hunting game for PC. Developers from Glu Games decided to continue that tradition. The only thing that changed is that they are now making Deer Hunter games for mobile platforms. They’re actually doing they job very well, Deer Hunter is one of the most popular games in its category.

Continuing the success of their previous Deer Hunter games, we have the promising edition, Deer Hunter 2016. In the new version, we have a couple of changes compared to the last game where you had to hunt dinosaurs. Now, the developers are going old school and you’ll again be chasing deer, bears and all kinds of wild animals.

As soon as you start the game, you’ll realise how much effort developers have put into making it. The best indicator of that are the stunning locations like Alaska, Colorado or lots of parts of beautiful Africa. Also, animals look incredibly realistic, so basically, Deer Hunter has everything you would want from a hunting game.

Those of you who have already played earlier versions of this game will like this Deer Hunter too. The reason for that is the fact that actually nothing has changed drastically. Deer Hunter 16 suffered some minor changes, but the core of the gameplay didn’t.

The thing that makes this game so popular is the fact that it always challenges the player in every way possible. You could be playing Deer Hunter 2016 for pc for a long time, but it will never get boring. For example, in order for you to progress, you’ll have to do it in the limited amount of time, with a special skill shot etc.

This game has a feature that really stand out and makes Deer Hunter so special. That is the possibility that you become the prey. For example, you could be standing in a bush with a sniper, and you suddenly get attacked by a bear. You are never be 100% safe.

Another thing that makes the hunting so exciting is guns. If you are a big fan of hunting, then I’ve got some exciting news for you, Deer Hunter has a big amount of different guns. Snipers, rifles and bow for old school players, you name it, this game has everything you need.

For all of you, that still aren’t impressed, we aren’t done yet. Every weapon is upgradable. Yes, you heard it well, you can upgrade everything. You can get better scopes, ammo, barrel etc.

If you want the best of the best and spend some gold, this game has Pro Shop. In the pro shop, you can get the best guns available, pure elite.

If you want to get the job done with your favorite gun, you’ll have to master it. That means a lot of hours spent playing in order to for you to have a perfect aim.

If you want to play this game you will need Android, iOS, Windows OS or MAC with about ~1GB free disk space.

-Travel around the world and hunt at the beautiful locations
-Hunt the exotic animals that look incredibly realistic.
-Practice until you develop great aim
-Kill the animals or you might become the prey
-Get the trophies so you could show them to your friends

How to Download and Play Deer Hunter 2016 on PC:

If you liked this post, don’t forget to rate and share. Also if you can’t run Deer Hunter 2016 on PC/MAC or any other issue, write in the comments below and we’ll help you.