Once, I dreamed that I was the leader of an army composed of super-powered heroes that were fighting against evil creatures, like faeries, dwarves and pirates. And it was so amazing that I decided to search everywhere for a game like that when I woke up.

To my surprise, there was actually one game like that, and it is called Heroes Charge. It’s some sort of Adventure/RPG with not much of a story and with automatic fights in which you just activate the special skills. That doesn’t sound like much fun, but when you know that you can amass a wide variety of heroes and choose from which you will create your team, that you will lead into battle, it gets better. Not to mention that the heroes can even level up, and for a person who likes games in which you can upgrade things, like me, that is the best thing ever.

The game isn’t hard at all, especially if you take it slow and steady, but there are a few ways in which you can be even better at if.

1) Manage Your Team in Every Single Aspect 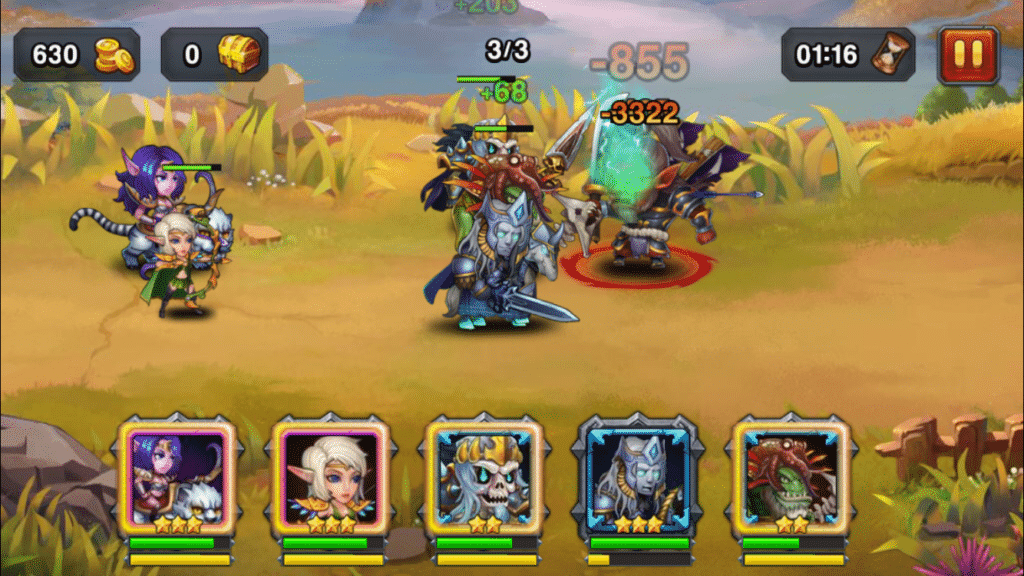 Now, this is no actual cheat, or trick, but it’s a very valuable tip because people often overlook the importance of every single one of their Heroes has when they are playing.

They throw in a few heroes at random and that is it, it’s good enough for them for a little while, before they notice that things are getting harder, and they don’t know what to do after that so they just give up on the game. We don’t want that to happen so we want to give you some very important tips when it comes to your team and it’s members.

In any Party, the Healers are Vital 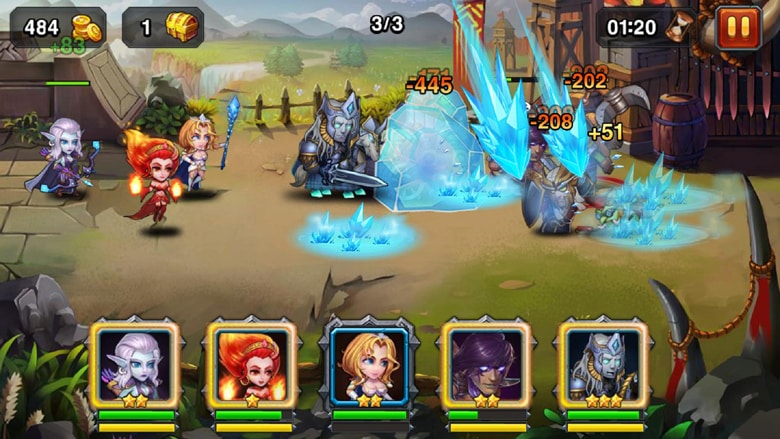 It might seem like cheating when you have a special skill that just assures that your party members will be alive, but it definitely isn’t a cheat. We suggest that you have at least two on your team to make sure that your whole squad is safe, like Chaplain and the Cleric.

What You Shouldn’t Forget About, in General, are the Special Skills of Each Hero

They are very important and they can provide a vital bonus in battle, especially if you combine one hero’s special skill with another’s in order to create a killing combo. One skill that you should definitely take advantage of is Admiral’s Ancient Sails that damages a small area but then stuns the enemies in the area that has been targeted. 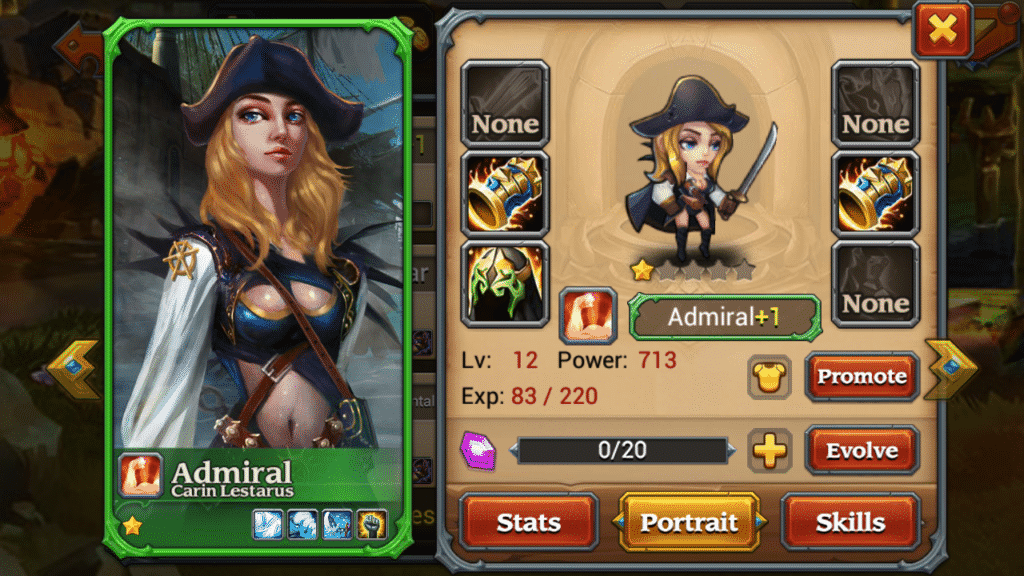 How do you do this, you ask?

Well, when their equipment slots are all filed up, they will be eligible for promotion, raising their attributes.

Yes, they lose their items but considering how much their attributes improve, it’s worth it. 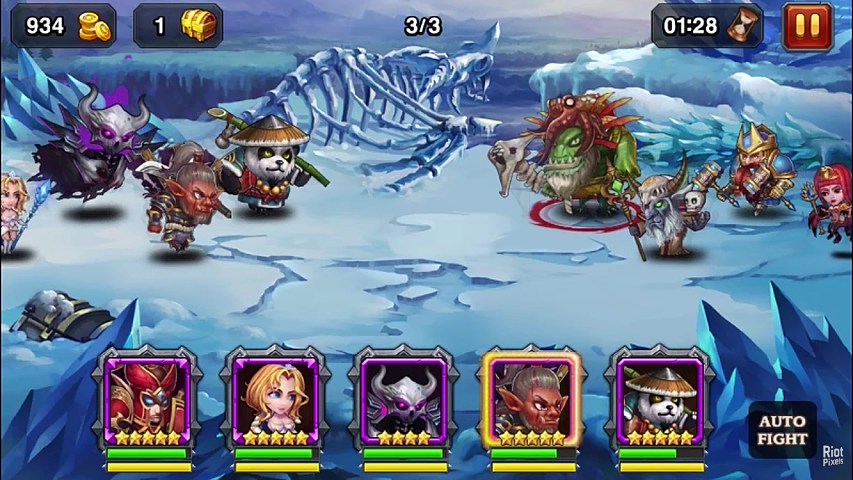 You might think it’s a given that you should focus on gaining levels, but this is very important to mention because, as you level up, you unlock various places to battle in and various features.

The Arena comes in at Level 10, the Time Rift at 14, the Equipment Enchantment option at 20, and many more.

We wouldn’t want to take the surprise of finding out what the game has to offer away from you, so go ahead and level up!

If you want to spend your gems in a smart manner, we suggest spending them on Stamina, considering it’s a vital part of the game and everything will just be faster and smoother if you improve it.

Like this, you’ll have more chances of farming Soul Stones, farming for the items that your heroes need in order to get promoted and getting Coins for your skills to be upgraded.

You should also log in daily, as that will grant you bonus items.

4) Fight Weaker Opponents in the Arena 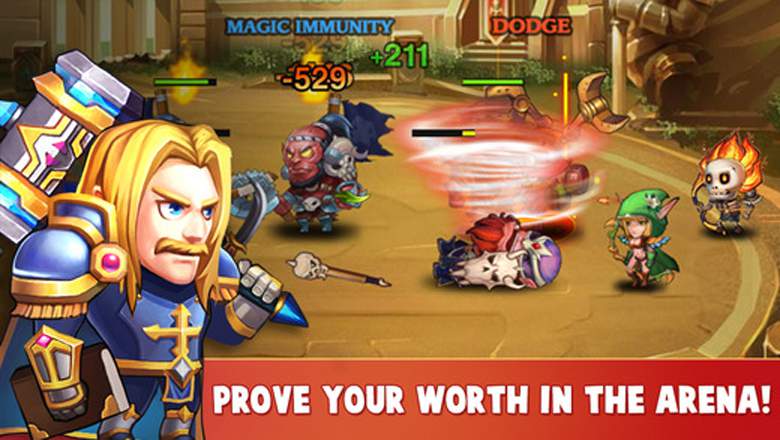 We have mentioned the Arena before, explaining that it unlocks at level 10. What you should do is make some time to actually go there and fight some actual players. But here is the trick, always battle teams that have a lower power rating than your team as it will most certainly grant you victory.

Building a defense-oriented team, mixing and matching heroes, and upgrading their skills as much as possible further increases your chances.

At the end of the day you’ll have quite a few extra gems, especially if you decide to do the elite versions of completed stages.

So those are the things that you should do, but you would have figured them out eventually; we just decided to give a helping hand and speed up the process. When you’ll show your friends exactly how strong your team is in Heroes Charge, they’ll think you are using some cheats. If that’s their reaction, we have done our job right.

If you liked this strategy guide, don’t forget to share.  Also if you have other Heroes Charge cheats or tips leave a comment below.