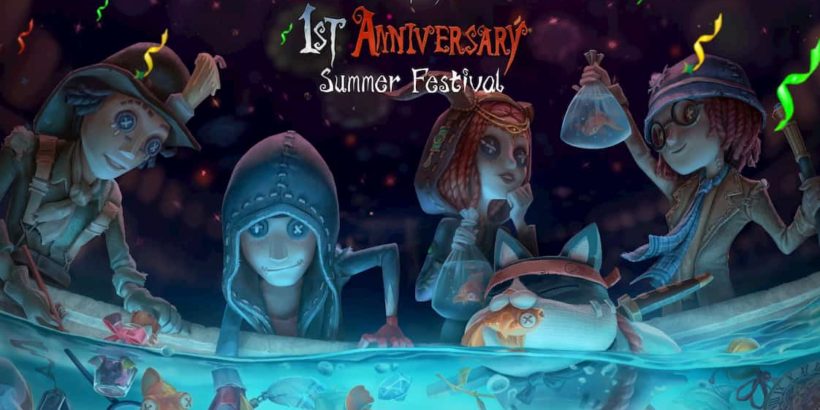 Identity V is a horror game developed by NetEase. NetEase is known for creating mobile multiplayer games so this tittle is a bit of a diversion from what they usually deliver. The game still involves some multiplayer elements but they put an interesting twist to it.

The lead character plays as a burly detective who is looking for people. The detective was actually a novelist who suffers from amnesia but his new occupation takes him into a creepy mansion. You’ll play the game uncovering the horrific events that happened in that mansion.

The multiplayer setup is special in this game because the roles are asymmetrical. One player plays as the hunter while four others play as survivors who have to be found. Once the survivors are found they are released from the mansion with rocket chairs.

The survivors will spend their time decoding the mysteries of the house. They will decode things such as typewriters in the hope of finding a way to unlock a way out of dungeon. They have to do this while evading the hunter.

The gameplay ends up being a little different from what the introduction suggests. The story-line and the heavy dialogue in the early scenes lead you into rooms that you’ll assume you’re supposed to explore but they end up being interactive menus. You’ll walk up to objects in order to get to the store and customize your characters.

The environment can be used to slow the hunter down. The hunter is faster than the survivors so you will need drop things in his path to keep him from catching up before you can decode all of the typewriters. You can also hide from the hunter in lockers but the success of this tactic will depend on the skills of whoever is playing as the hunter.

Playing as the hunter is much simpler. All that you have to do is search for the survivors then smack them twice to ‘knock them out’ before strapping them into the rocket chair and ejecting them from the game. The premise is very family friendly when you consider that this is supposed to be a horror game.

The characters are designed in a very attractive way. The hunter is a big, lumbering and violent oaf who sends chills whenever you see him on screen and the survivors are fragile people in comparison. This juxtaposition brings the pieces of the game together for a fun multiplayer experience.

Customization options are available for both the hunter and the survivors.

Sometimes the game feels like it’s caught in between trying to be a survival horror and a multiplayer dungeon crawler.

Identity V for PC is a great multiplayer experience whether you are playing as a survivor or the hunter. NetEase took a chance by tweaking their multiplayer mechanics and fitting them into a mystery game and it paid off well. If you don’t like the mystery elements then they are easy to ignore.

This game is definitely worth playing if you are looking for something fresh and new in the gaming world.

How to Download and Play Identity V on PC:

If you liked this post, don’t forget to rate and share. Also if you can’t run Identity V on PC or any other issue, write in the comments below and we’ll help you.