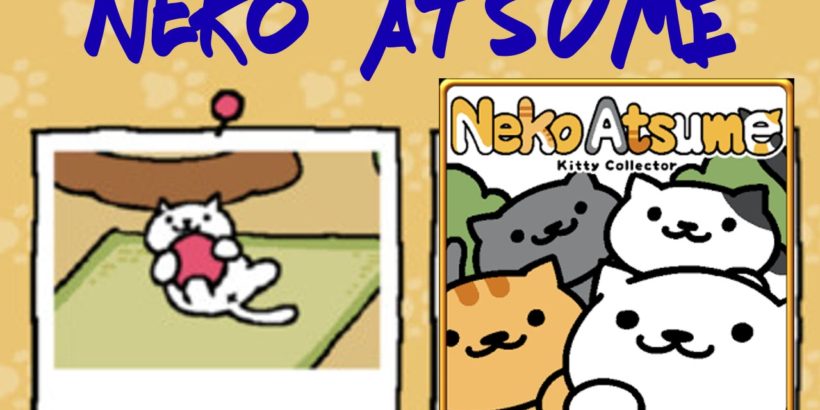 Who says you have to wait until you’re old and alone to be a crazy cat lady? Thanks to this new game that’s available now on PC, you can start collecting as many cats as you want and turn your home into a kitty paradise. It was originally released only in Japanese but the developers went and made an English version.

The goal in this game is to tempt a number of cats to visit your garden and home by placing items around that will make them want to stay. The items in question are comfortable beds, bowls of cat food and toys such as balls of yarn that they just can’t help but play with.

The simplicity of it is amazing. Naturally there are some cats that will be more immune to your charms than others so you’ll have to leave out more quality food and special items. To get them to stay you’ll need to leave out sushi rather than regular cat food and high-end cushions which cost more to purchase.

The currency that you will use to buy these items for your cats is fish. The comfortable toys and food will bring the cats and the longer they stay, the more fish that they reward your efforts with. They reward you primarily with silver fish but once in a while, if you’ve taken really good care of them, they give you gold fish and other prizes.

On the other hand if you don’t take good care of them then they’ll get bored of you and leave, presumably to find some other cat lady who is better at taking care of them.

If you feel that rewards are taking too much time to bring in and you really want to spice up you kitty paradise in a hurry, then you can buy gold fish using In-app purchases. You don’t have to go down this route but it is quicker. The alternative is to stock up enough silver fish until you can trade them for gold but at an exchange rate of 500 silver fish for 10 gold ones, you’ll have to have been playing for some time. 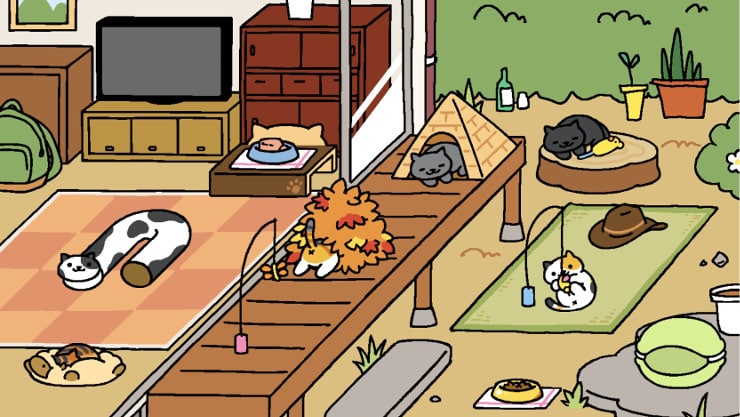 Neko Atsume: Kitty Collector was only recently translated into English but it says a lot about how well the game is designed that players can play it with the Japanese setting and have no problems playing thorough it with the interface designed around fun and playful hand-drawn graphics.

The no-pressure approach to IAPs works in the game’s favor as you won’t feel like you have to spend real-world currency to complete the Neko Atsume: Kitty Collector  for pc. Sure it takes more effort to go the long way however that makes it worth it because you will feel more of an accomplishment when you earn the gold fish this way.

Nothing actually happens in the game while you’re in the app. You’ll open it up, move things around and put out some food then put it aside and come back later to see if any more cats have hooked on your bait.

That means that this is not a game that you play but rather is a constant reminder to feed your pets. Why anybody would want that many cats lounging in your garden, doing nothing but eating, pooping and looking pretty is hard for some people to understand but to each their own.

Neko Atsume is a fun game for people who love cats but as you can imagine, it won’t be a fan favorite among dog people and especially not for people who look for a higher pacing to their games. There’s no telling how long Neko Atsume cheats will keep you interested but with the added motivation of moving out of the garden and into swankier pads as you go along, once you’re hooked, you’ll be playing Neko Atsume for quite some time.

How to Download and Play Neko Atsume: Kitty Collector on PC:

If you liked this post, don’t forget to rate and share. Also if you can’t run Neko Atsume: Kitty Collector on PC/MAC or any other issue, write in the comments below and we’ll help you.