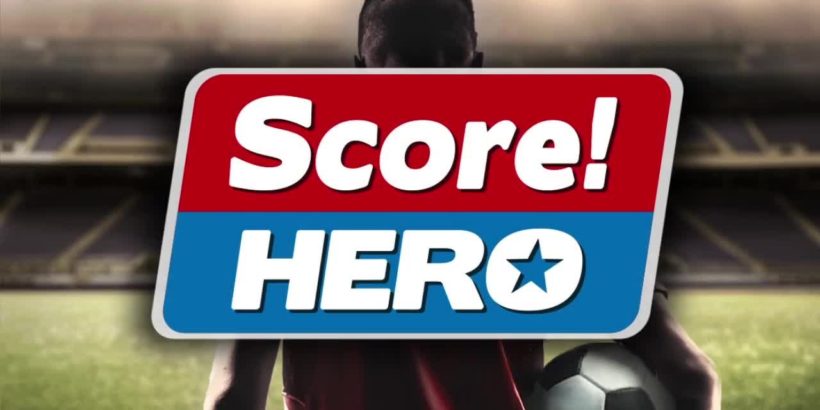 Score! Hero for PC takes the excitement of the glorious game that is soccer and breaks it down into the moments that makes it great. It concentrates on the parts of the game that turn a match on its head.

These sections are vital but they don’t have an effect on the overall outcome of the game. The player’s role is to take control of the defining moments and make sure that they reach their predetermined conclusions. This takes away from the feeling of success but in the end it is satisfying to know that you have a role in making sure that your team does its best.

The first step is in choosing your player. You follow this one player throughout the season and guide his decisions in the defining moments of his career as his tries to break into his national team.

Each section of gameplay is basically a puzzle that needs solving. As the match progresses the screen freezes and the player decides on what move to make next. The interface is based on more than just kicking the ball. You have to decide whether to hit a straight shot or curl it and pick the right pass to the right player.

You choose which pass to make by drawing lines between the players. The way that you draw the line will decide whether it is a chipped pass or a curled pass. Once you’ve picked your pass the screen unfreezes and the pass that you picked plays out on screen before it freezes again on the player in possession.

Every part of the game must end with a goal. Failure to score means that you have to use finite resources such as currency or energy to try again. Some sections have multiples phases of play and failing at the last one means having to start over again from the beginning. 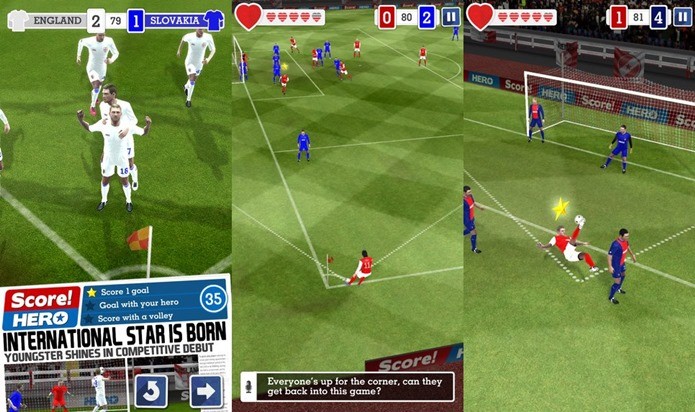 Score! Hero for PC has a plan for every scenario. Successfully playing out the right passes comes with a sense of fulfillment. However, having to go back and replay sections that you already played dulls the feeling somewhat. The developers take the focus away from this by making the players customizeable.

You can use real-world money or cash earned from winning games on giving your player a stylish haircut or long beards and fashion accessories. They are just cosmetic though as they have no effect on the players’ skills. These are optional additions to the game and you can keep your player looking average if you’d rather not pay.

Score! Hero for PC does relatively well as a free-to-play game. The only drawback to it being free-to-play is how the in-app purchases change the layout of the game. Some of the levels feel like they were made insanely difficult just so that the developers can get you into paying out to get past it.

Even if you do get past the hard levels without paying, the predetermined outcomes to every match makes the player feel somewhat powerless. We’d rather feel that the outcome of the game is based solely on our level of skill.

The actual play mechanic on Score! Hero for PC is a pleasant surprise even though you have no say in the outcome of the game. There are some games that you will lose simply because you’re supposed to lose them but there’s still a lot to be enjoyed from setting up a perfect phase of play.

How to Download and Play Score! Hero on PC:

If you liked this post, don’t forget to rate and share. Also if you can’t run Score! Hero on PC/MAC or any other issue, write in the comments below and we’ll help you.