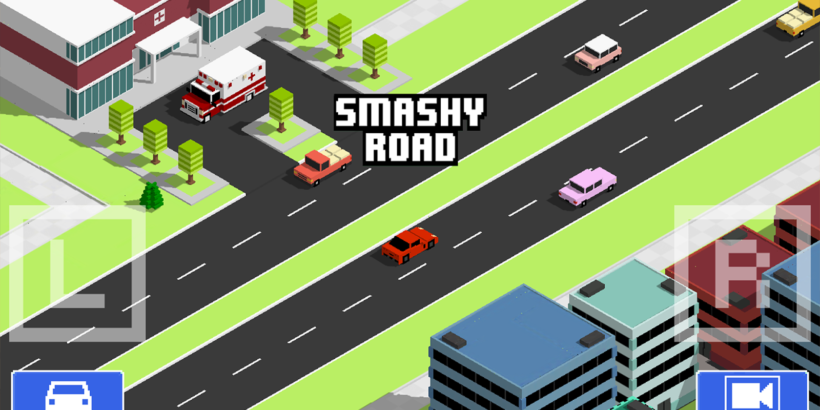 When RK Games Studio made a sequel to Smashy Road, their weird little blend of Crossy Road and Grand Theft Auto, they weren’t expecting all that much. The first game had enjoyed a moderate amount of success, but it was far from a mega-hit its developers were hoping for.

For a racing title, this game contains a surprisingly large amount of tricks you need to know in order to do well. We’ve collected all the tips, tricks and cheats into one Smashy Road: Wanted guide for your reading pleasure:

Upon starting the game for the first time, take a moment to familiarize yourself with the controls. The car will go forward by itself, but you’ll need to take care of steering or going in reverse by hitting both pedals at the same time. Be careful not to oversteer, as most vehicles are prone to sliding too easily.

Also, keep in mind that every one of the thirty cars in the game has its own characteristics. Some of the cars are very much built for the road and will start lagging if you find yourself in the desert, and some are the complete opposite. 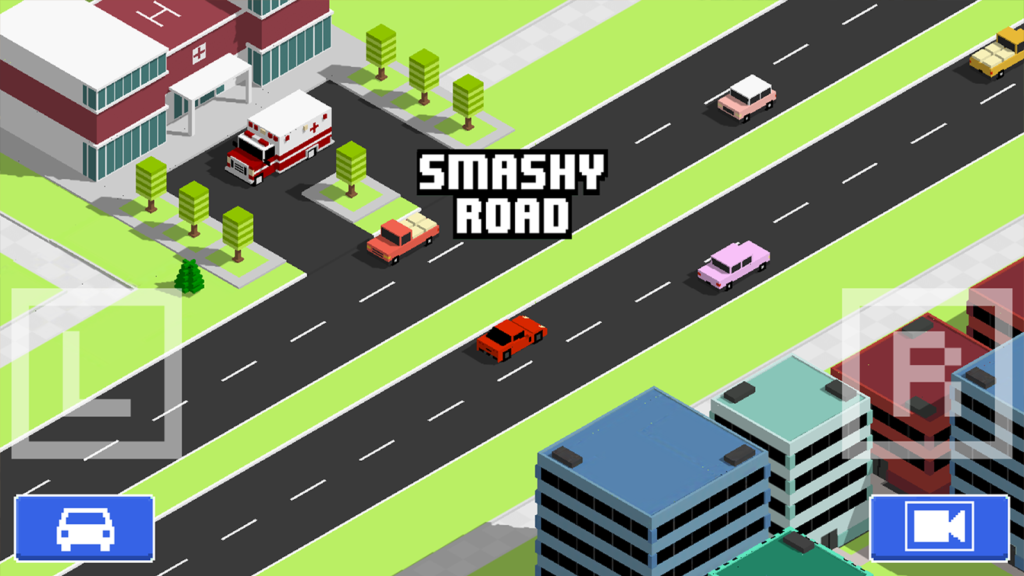 2. Deal With the Police

Simply put, the best way to lose the cars chasing you is to wreck them. If you’re near a building or other cars, doing a quick 180 turn will often force them to do the same, hopefully crashing them in the process. Going at full speed and hitting an obstacle will also deal with the police car if it’s right on your tail, but this maneuver is quite risky as you put yourself in the danger of being sandwiched.

If your wanted level is high enough, consult the city map and find some tight alleyways to escape into. 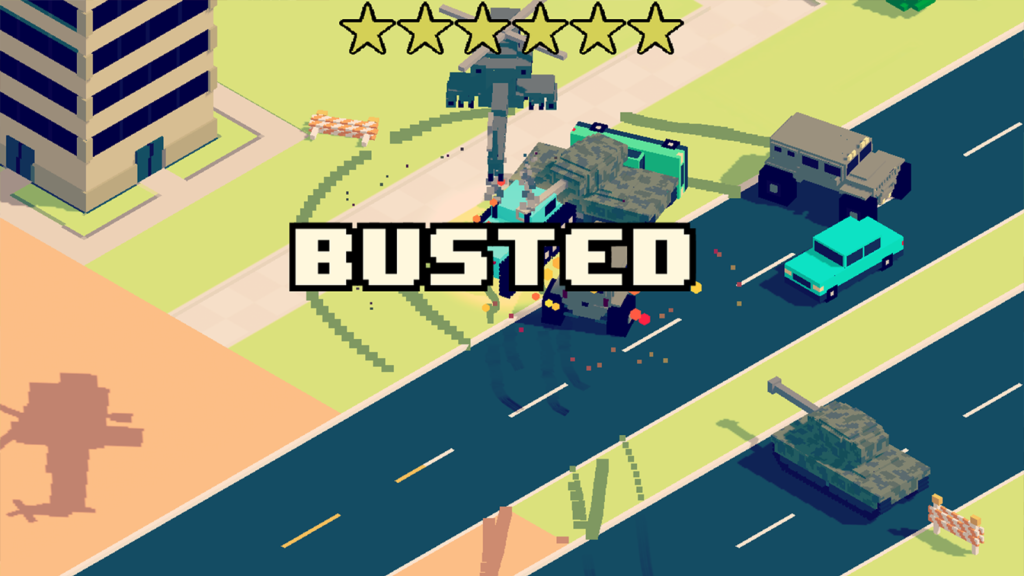 Don’t limit yourself to the city you started in. The game contains a lot of secret areas outside the city that can be easily found just by going off road. If you need another reason for exploring besides wanting to unlock the whole map, you should know that a lot of these secret areas have some cash hidden in them (hint: look for warehouses). 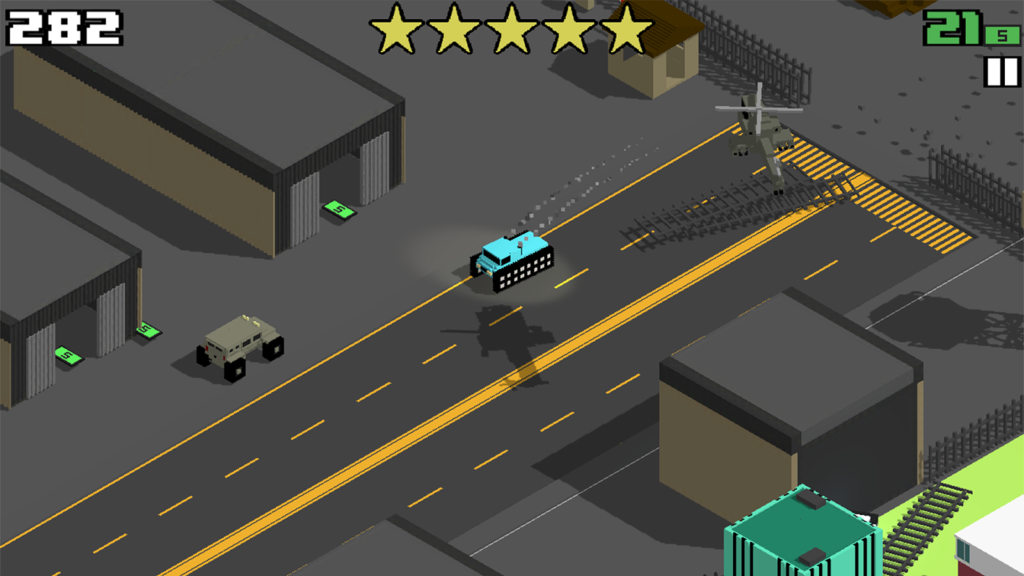 While racing through the city streets, you’ll sometimes see a “free cash” button that gives you free money when tapped. It’s not a lot, but every coin counts, right? There are also the “earn cash” buttons, which will ask you to watch an advertisement video in exchange for a much larger amount of cash.

If you’re lucky enough and manage to unlock the a huge armored truck called the Money Man, you will get five cash instead of one. As it’s probably the most valuable vehicle in the game, you can try to roll for it – in other words, reinstalling the game and using your free roll until you manage to find the Money Man.

You get points just by staying alive long enough, but the fastest way to earn them is to destroy cop cars and armored tanks. If you’re in a destructive mood and feel like taking on a tank, you should know it’s not an easy task. The best chance you have is to lure the tank to a water source, do a 180 turn just before the water and watch the tank fall right in. 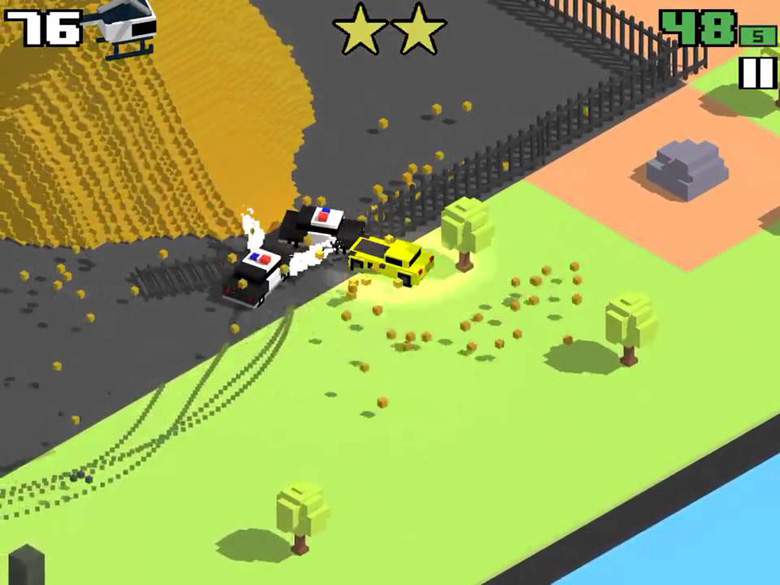 6. Do the Time Lapse

If you really want the cash and don’t feel like destroying cars and tanks is getting you there fast enough, you might have to resort to shadier methods. If you go to the time settings on your mobile device and set the clock ahead by five hours, you will have another free gift waiting for you the next time you die in the game. You can repeat the same trick as much as you like.

There is only one catch – when you return the time to normal, the in-game gift timer will still have all the cheated time on it, making you wait quite a bit before getting another free gift. The only way to avoid these repercussions is to repeat the time lapse trick for as long as it takes to unlock all the cars in the game. 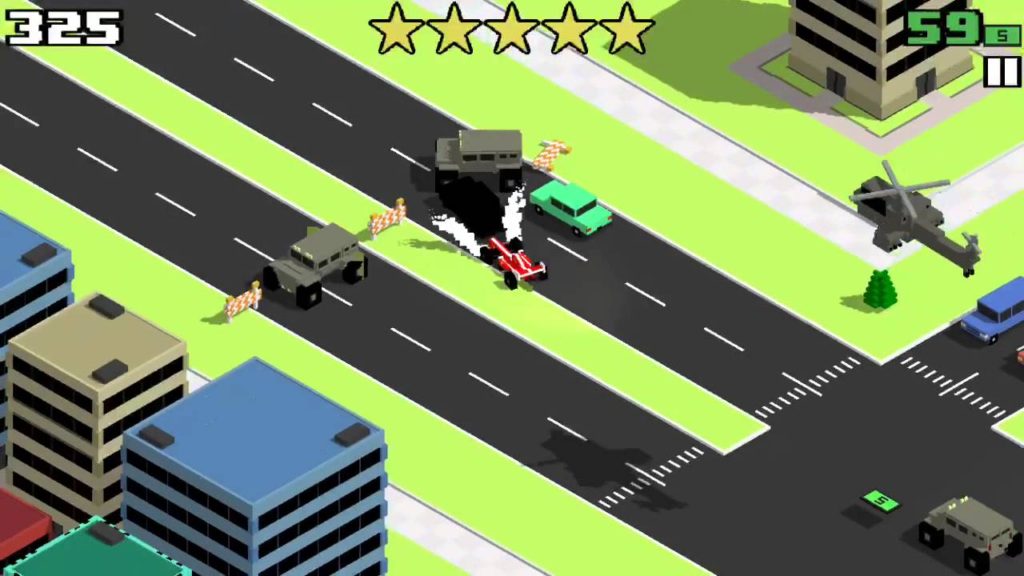 If you liked this guide, don’t forget to share. Also if you have other Smashy Road: Wanted cheats, tricks or strategies, share them in the comments.