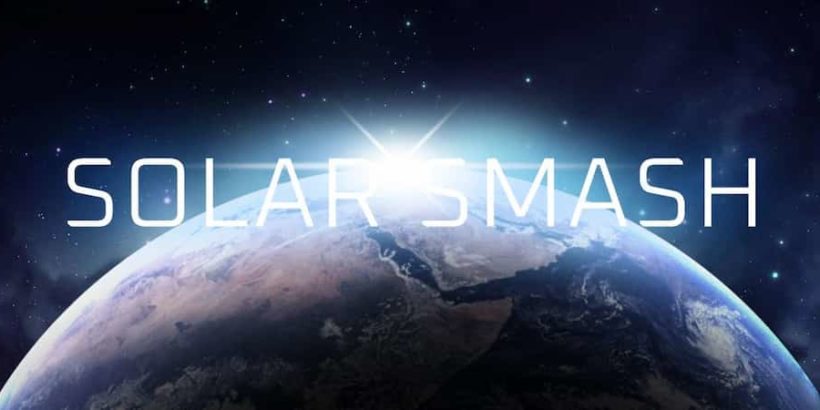 Solar Smash is a destruction game where you can blow planets into small pieces and turn them into giant burning balls. You can use a wide selection of deadly tools to transform the planets into a pile of space trash. Aside from demolishing individual planets, you can switch to orbital mode and change the planets’ courses to trigger their devastating collision.

How to Download and Play Solar Smash on PC:

Download, Install, and Play Solar Smash on your Windows PC or MAC with mobile app emulators for free.

The game features 4 categories of deadly tools to wipe out continents with a finger swipe. The first one comes from natural phenomena. By choosing it you can send meteor showers, asteroids, and moons directly onto the giant planets, sweeping away civilizations in no time. The second category includes weaponry, which gives you access to devastating rockets, atomic bombs, explosives, and giant laser beams that split continents in half and expose the planet from inside.

The third set of tools includes aircraft, specifically UFOs and artificial satellites that have lost touch with humanity and are uncontrollably moving towards an inevitable impact with the planet’s surface. The fourth category deals with ultimate planet destruction, involving two Lovecraftian monsters. There is a mass of tentacles that cuts into the planet’s surface like a dog’s paws into the mud. The second monster is a space-worm of the unbelievable size that tunnels through the planet’s core and gets out from the other side.

You can combine the tools and perform a mixed attack, leading to the death of the planet significantly faster. While a cluster of continents is ravaged by an avalanche of asteroids, the other cluster of land can be bombarded by atomic bombs or devastated by an army of UFOs. Remember, you can press the rewind icon any time you are not satisfied with the effect of the tools and start everything over.

Good news to those who want to have more control over the destruction process, you can customize the time by speeding up or slowing down the action. If the destruction takes place too fast in real-time, you can slow down the video to take delight in each moment of the devastation. Moreover, you get the chance to customize the features of the tools.

For example, to increase the size of the asteroid, expand the damage radius of the meteor shower, make missiles travel faster, enlarge the laser beam and color it to your taste. You can even increase the number of nukes, rockets, or meteorites you send to bombarded the planet. You can launch 100 missiles at once and watch how ruthless wildfires emerge in seconds and spread across huge continents, leaving only dust and ashes behind.

If you are tired of ripping out one planet at a time, you can switch to mass destruction of the entire solar system. You can orchestrate inter-planetary collisions by modifying the courses of the planets so that their trajectories overlap and sooner or later they will smash and turn each other into a pile of dust. If you set the trajectories wrong, you can tap the reset icon and draw new orbits.

If you liked this post, don’t forget to rate and share. Also if you can’t run Solar Smash on PC or any other issue, write in the comments below and we’ll help you.