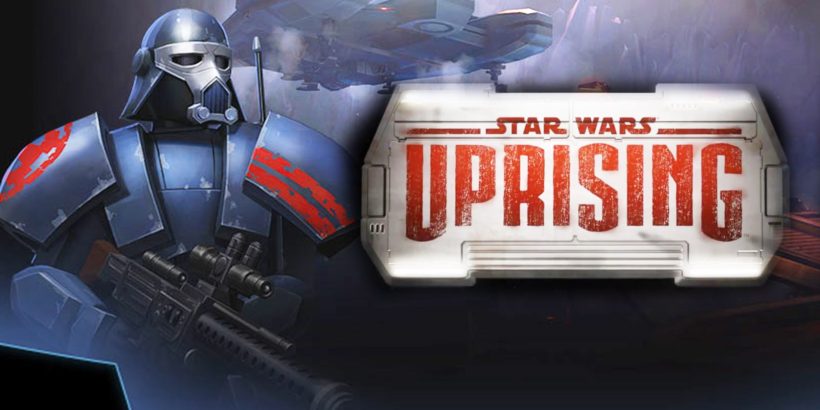 Star Wars… The very words echo with memorable scenes from a great number of movies and games we’ve enjoyed throughout all these years. But now time has come for another portion of epicness, as Kabam launched a new entry to the series – Star Wars: Uprising.

The game features a thrilling RPG experience with the story designed to bridge the gap between Return of the Jedi and the upcoming The Force Awakens. To help you get familiar with it, after checking it out we decided to provide you with 8 useful tips, tricks, and cheats. You’re welcome!

Nearly every piece of equipment you use in Star Wars: Uprising can be upgraded; you just need the proper components for it.

These components come with different ranks, and you might want to save the best of them for more powerful weapons and armor (and crew members!). There is no shortage of ways to gather the components; you can do that by completing all the various types of missions in the game. 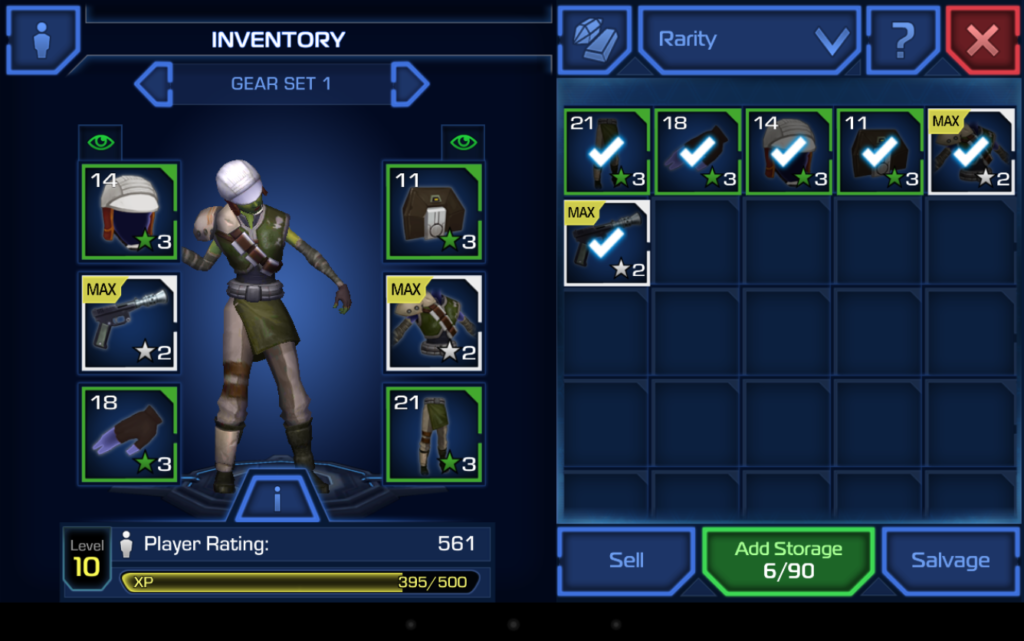 2) Careful With the Fighting – Don’t Rush It!

You play as a Star Wars hero, yes, but it doesn’t mean that battles are going to be easy. You’ll often find yourself surrounded by waves of enemies who don’t spare fire, who will go at you with everything they’ve got. In these cases, it would be better to step back a little and plan for battle more strategically.

Also notice the type of enemies you face, since different types require different approach in battle.

3) It’s a Lot Easier If You Use Abilities

Basic attacks in Star Wars: Uprising are, well, pretty basic. Therefore, when faced by the enemies who shoot at you from all sides, using your abilities will mark the difference between victory and defeat. When overwhelmed by enemy fire, just step back, choose a safe spot, and unleash Hold Out Blaster at them!

If you encounter problems getting to a safe place, don’t hesitate to use Diving Roll ability. Triggering Crowd Control is yet another useful trick against multiple enemies. It will stun and knock them back for a few seconds, giving you an extra edge in battle.

In Star Wars: Uprising there are abilities that are triggered by single-finger gesture moves. These can be Directional, Self, Passive, and Ultimate. Each of them is used to activate different set of activities, (Directional, for instance, triggers powerful attacking abilities) and learning all of them is essential for beating the game. 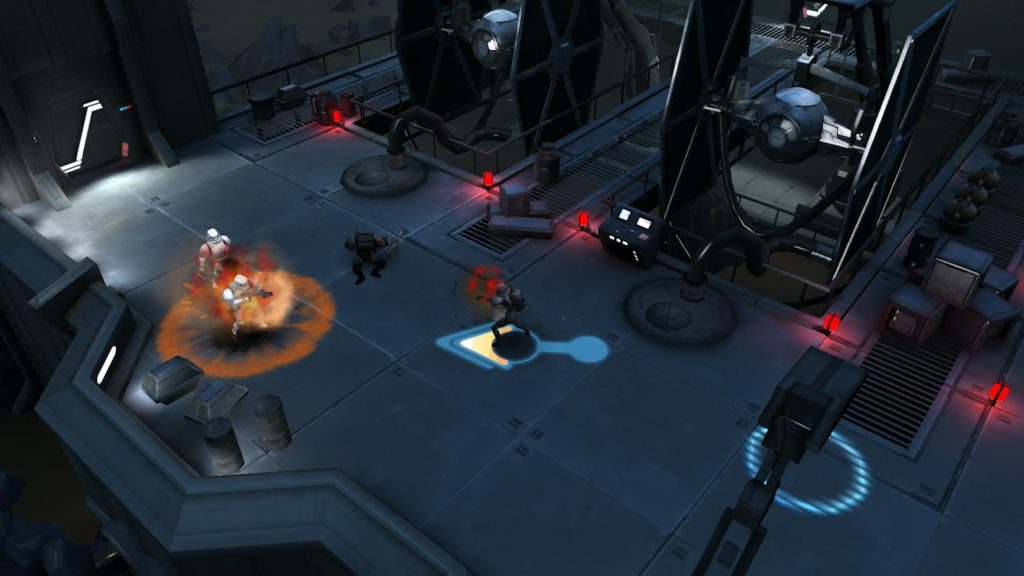 5) Daily Missions Are Your Friend

Dailies are no news; but there are not many games where these missions bring more handy rewards. If you’re serious about the game, then play all your dailies – it’ll pay out in the end.

If you believe that an upcoming level will be a piece of cake, try it out on a higher difficulty setting then. It will not only offer you a decent challenge, but bring much better items and rewards along as well.

By comparing enemy strength with the stats and gear level of your hero, the game offers an indication on how difficult the next mission will be. To play the highest level, we recommend that your Player rating be a least more than 50 than the minimum rating required for a mission.

You can start playing levels on a higher difficulty level from mission 5 onwards. But remember, there’s no going back once you’ve finished a mission; risking it a bit might be good. 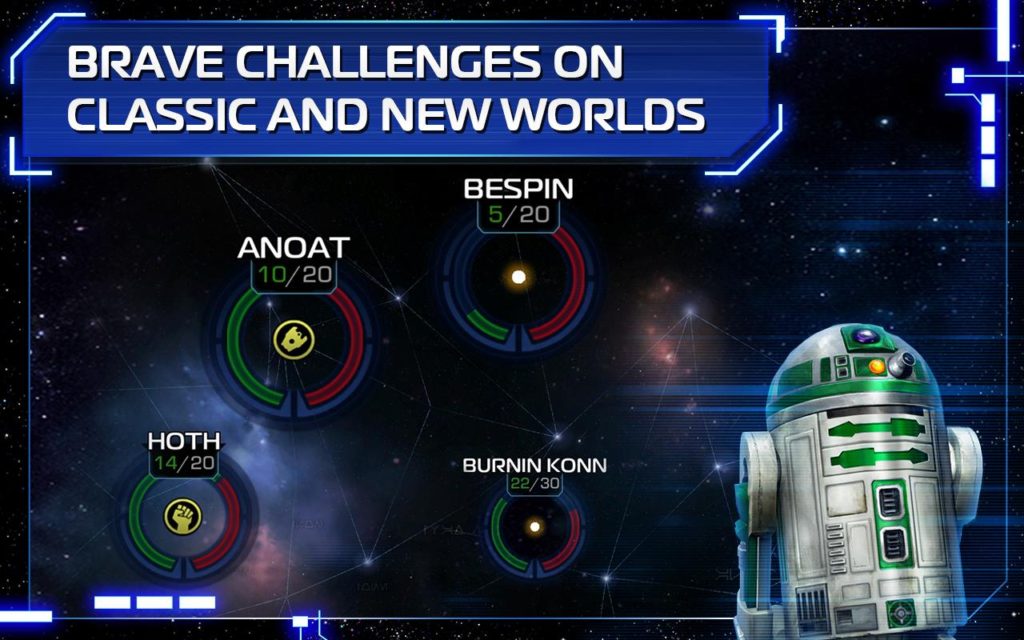 Gathering components can be a grudge at times, but luckily, you needn’t do it all by yourself. One pretty neat and easy way to earn you the needed resources is putting your crew to work. Just send them to Crew Runs and see the amount of components and influence rise!

Upon returning from a mission, even an unsuccessful one, a crew member will level up, becoming more adept at completing further missions you assign. However, you should be very careful because you can lose your crew members if you send them to particularly dangerous missions.

Assault missions allow the possibility of co-op play – and you should use it. Although playing with a friend will, needless to say, bring less gear and equipment then when you play all by yourself, there’s yet a considerable merit to it. Namely, your friend will help you clear the assault missions a lot quicker and thus unlock missions that bring much better rewards

There you have it! Though Star Wars: Uprising is a joy to play on your own, following these 8 tips, tricks, and cheats will no doubt offer fuller experience of the game. Galaxy needs a hero, what are you waiting for?!

If you liked these Star Wars: Uprising cheats, tips, don’t forget to share. Also if you have other cheats, tricks or strategies, share them in the comments.