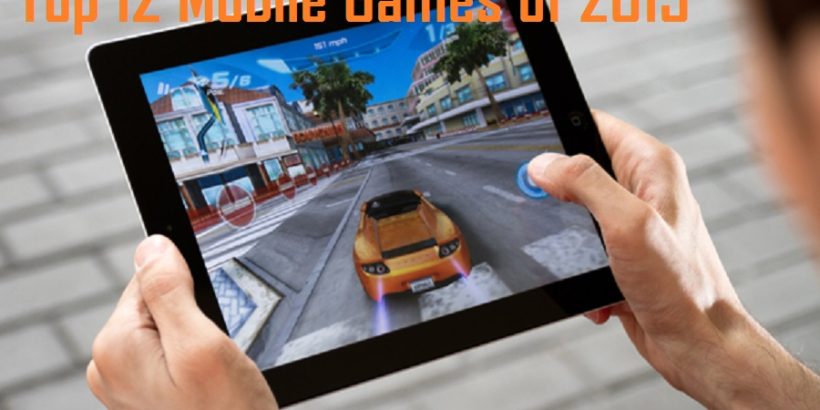 2015 was a massive year for mobile gaming. Industry analysts predicted that this was the year that mobile gaming sales would surpass console games. Here are the twelve games that led the mobile-gaming pack in 2015 to take the crown of the most profitable gaming platform.

A lot of games have been trying to emulate the success of Clash of Clans. DomiNations is one of those games and they made a valiant effort.

Players are drawn in by how similar it is to Clash of Clans but the real hook is in how you get to advance through several historic eras and watch your civilizations go from dust to dust.

What’s the best to make money on a game? Release at the same time as its Hollywood namesake.

Jurassic World: The Game preyed on the fanfare surrounding the return of Jurassic Park to the silver screen and it was too much for fans to resist. Following in genetic-engineering theme of the movie, players build their own dinosaurs and then square them up against each other in a bloody fight to the death.

Success on one platform does not always mean success on another.

Fallout is one of those games that console players will love forever however there were a lot of skeptical looks in the room when Fallout Shelter was announced at E3 for the mobile platform. Somehow Bethesda pulled it off because Fallout Shelter was met with both critical and fan acclaim.

Angry Birds is one the games that kick-started the modern mobile-gaming era however it is a little worrying as it seems that the guys at Rovio don’t know how to count because they decided to name the 13th installment of the Angry Birds series Angry Birds 2.

Their decision makes some sense when you consider some of the radical changes they have made to their game’s aesthetics however at its core the gameplay is still at its simple best; launch flightless birds at evil pigs, with few alterations.

The main changes to the gameplay include multiple screen frames for the same level as well as choosing which birds to fire when rather than firing whichever bird is next in line.

Rovio also added a countdown timer that gets you to finish the level faster or pay for more lives which does nothing for improving the gameplay and is clearly an IAP strategy.

Once a champion of the mobile gaming industry, Angry Birds 2 is now just another cash-converter that is more interested in selling IAPs than providing interesting gameplay.

Zen Studios’ latest addition to the brand is an RPG that follows the story-lines of what happened off-screen in the television series and the comic books.

Players of TWD always appreciated how the games took a different approach to typical zombie games by using turn-based combat and an emphasis on story rather than all-out action.

Here we have the mobile spin-off to Tomb Raider.

Mobile games like to keep things simple, so the developers of Lara croft Go decided to take us back to PSX-era graphics and gameplay while sticking to all the things we love about Tomb Raider such as running from over-sized bugs, climbing into tight crevices and exploring caves with nothing but a torch-light to guide you.

Lara Croft Go is fun in it’s simplicity. I just wish that it added something new to the series.

In this racing game, the cars each have their own unique styles and the authorities send tanks, jeeps and entire SWAT teams to chase you down because you are the most wanted man in the city.

Smashy Road: Wanted is a charming racing games that takes players back to the days of classic arcade racers. It is a pleasant addition to a market that is saturated with racing games that are all gloss, pomp and loud engines.

Need For Speed: No Limits

Speaking of racing games that are all gloss and loud engines, Electronic Arts’ newest addition Need For Speed: No Limits to the Google Play store is a racer where (once again) you play as an underground street racer trying to make it big. EA will never boast about the uniqueness of their story-lines however they are good at making people buy the same game over and over again in different packaging.

Minions Paradise is an island-building game based on the side-kicks from the popular movie franchise, Despicable Me. Electronic Arts took on the task of bringing it to mobile devices and they did a commendable job. Players help Phil to expand from his little tiki bar on the island with the help of minions to keep things moving smoothly and to do all of the heavy lifting.

Mobile Strike – yet another game in the mold of Clash of Clans. Build a few outposts here, pillage some resources there and make your army base the biggest and baddest army base that the world has ever seen, then sit back and do nothing with it. Well, I guess you’d rather have it and not need it. 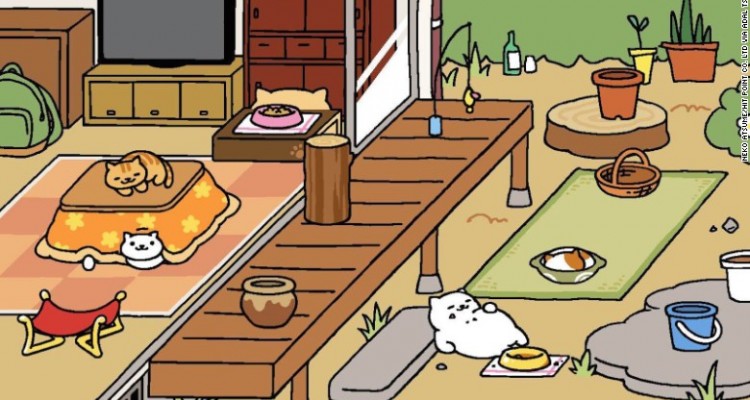 The kitties in Neko Atsume are just so gosh-darn cute. You just want to lure them in with tasty treats, take them home to your flat which is a tricked out kitty palace and never let them leave.

Hit-Point put a lot of effort into showing that being a crazy cat-lady is fun and you can be one without having fur all over your couch.

Football on touch screens has always been a difficult market for game developers to exploit. There’s simply too much to pack in while keeping the controls simple.

First Touch Games took a swipe at it and did rather well with Score! Hero. Their take on football for the mobile platform concentrates on breaking the game into little puzzle-like sections that concentrate on the key moments that decide the outcome of the game.

Console gamers are still a little irked that the gaming industry went in the way of the mobile platform rather than concentrating on virtual reality and they are going to find it difficult to believe that the mobile market could ever get this big however those are last year’s problems.

2016 is upon us and there are tonnes of new free-to-download mobile games begging to be played.

If you don’t agree with our Top 12 list comment below and let us know which games don’t deserve and which mobile games should be in this list.