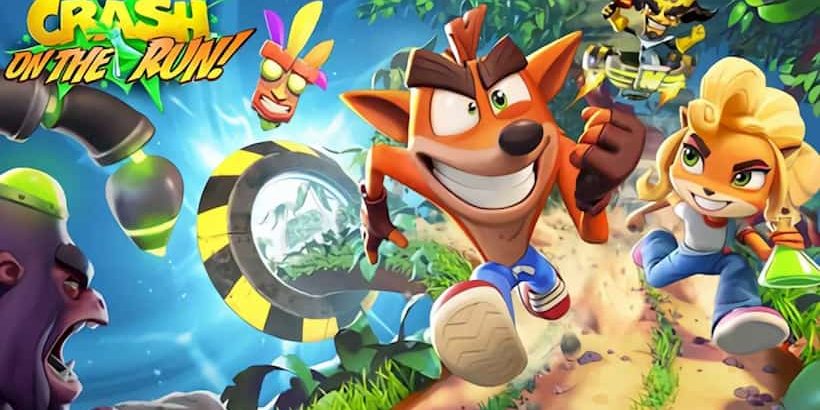 How to Download and Play Crash Bandicoot: On the Run! on PC:

Download, Install, and Play Crash Bandicoot: On the Run! on your Windows PC or MAC with mobile app emulators for free.

Why Download Crash Bandicoot: On the Run! for PC | Main Features:

Some of the nostalgic locations which you’ll get to visit include Turtle Woods, the Temple Ruins, and the Lost City.

You’ll get to face iconic bosses from the Crash Bandicoot franchise.

Some of the iconic bosses from past Cash Bandicoot games that you’ll come across include Nina Cortex, Dingodile, Scorporilla, and the Nitrus Bros. Each time that you beat a boss you’ll receive an exclusive reward.

You’ll be able to work with Coco Bandicoot.

One friendly face that you’ll meet is Coco Bandicoot a fan favorite from previous Crash Bandicoot titles. Together with Coco, you’ll be able to try and track down enemies across Wumpa Island. As Dr. Cortex’s henchmen are spread out across Wumpa Island and to put an end to his evil plans you’ll need to defeat all of his minions

There are hidden paths to discover.

Keep an eye out for secret paths that will lead you to hidden locations where you’ll be able to compete in challenges to win valuable prizes.

You can unlock skins and costumes.

As you progress through the game you’ll unlock skins and costumes to equip to Crash. As an example, you can earn a blue hyena skin. It’s well worth equipping skins and costumes before you face bosses in order to earn bonus XP points.

You’ll get to build your own base.

The key to upgrading your base is to go on battle runs in order to accumulate enough recourses to expand and upgrade your base. As an example on your battle runs you’ll be able to collect the ingredients to craft brand new buildings.

Arm yourself before you head out on battle runs.

It’s important to arm yourself with weapons such as ray guns and bombs before you head out on a battle run so that you’ll be able to protect Crash from harm.

One of your main goals will be to accumulate as many crash points as possible so that you’ll be able to climb your way up the individual leaderboard.

It offers a fun multiplayer mode.

If you have friends who are just as crazy about Crash Bandicoot as you are you’ll have the opportunity to head out on multiplayer runs with your own crew. If you form your own crew make sure to earn as many crash points as you can in order to help your crew climb up the team leaderboard.

So if you’re ready to explore the secrets of Wumpa Island and to take on Dr. Neo Cortex and his minions it’s well worth playing Crash Bandicoot: On the Run!

If you liked this post, don’t forget to rate and share. Also if you can’t run Crash Bandicoot: On the Run! on PC or any other issue, write in the comments below and we’ll help you.

Register QR-Code
Crash Bandicoot: On the Run!
Developer: King
Price: To be announced