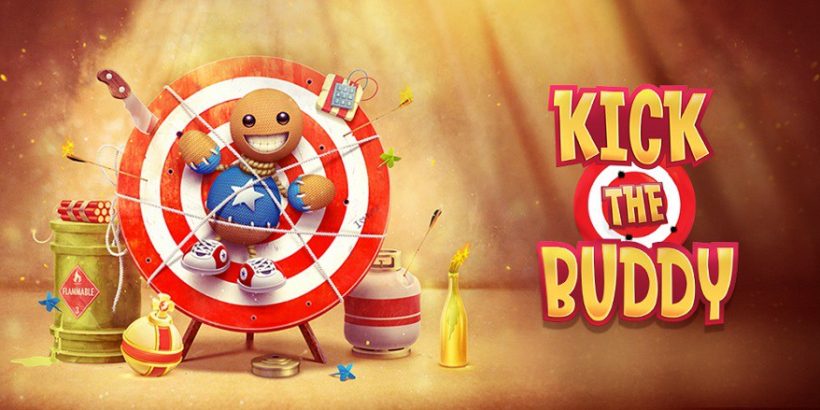 Kick the Buddy for a PC is an action game created by Playgendary. Players are given an almost limitless arsenal which they can use to torch, beat, stomp, freeze, smash and smite the character on screen. With all the violence, it’s more like a digital version of a stress ball than a game.

Buddy is an unfortunate soul designed to take all of the abuse that you can throw at him. He’s an animated rag doll with a happy-go-lucky personality that makes you think of Jim Carey wearing a sack. He looks like a happy enough guy however his luck turns when you start playing.

The fun starts when you begin grabbing Buddy and stretching him out all over the screen. From there you find out what else he can handle by shooting him repeatedly in the head and setting him on fire. The sound of him screaming is oddly satisfying.

The violence is non-stop however Buddy never actually dies, The entire ordeal is torturous for him but, like a loyal dog that doesn’t know how to hate its evil master, Buddy always comes back for more. He was designed to feel pain, and you don’t want to disappoint.

Kick the Buddy for PC stays interesting by giving you a number of weapons to choose from. Standard firearms are satisfying enough however biological weapons and even godly powers are much more fun to use. Just when you start to think that Buddy has had enough, he gets cocky and starts teasing and taunting you which makes it all easier on your soul to strike him with an endless stream of lightning.

Nice and simple, Kick the Buddy makes for a brilliant stress-reliever. The numerous and outrageous ways to stomp on Buddy keep things interesting for long periods of time.

The advertising model for the Kick the Buddy is insane. Every spare inch of screen space is constantly filled with advertisements that come close to blocking out the actual gameplay. The developers are so hell-bent on forcing ads down your throat that the only way to earn any in-game currency is by watching them through to the end.

The cartoon-style animation may mislead some people to think that this is a game for children. 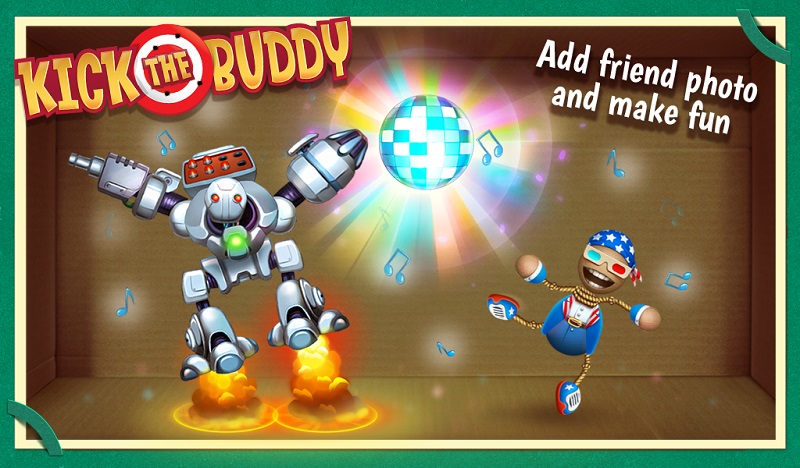 Randomly taking out your frustrations on a rag doll is fun for a while however there is not much else to keep you playing. A progression system lets you level up as you do more damage to Buddy however you are just leveling up so that you can do more damage to Buddy. A new buddy to whale on would have been a good idea.

Parents should note that despite the cartoonish appearance, Kick the Buddy may or may not be suitable for kids, depending on your type of parenting. The rag is put through the ringer however you wouldn’t call the violence malicious since it is done in a humorous way. Buddy never suffers any serious injuries however if you want to play it safe then you may want to get your child a Tamagotchi instead.

How to Download and Play Kick the Buddy on PC:

About Kick the Buddy

If you liked this post, don’t forget to rate and share. Also if you can’t run Kick the Buddy on PC or any other issue, write in the comments below and we’ll help you.