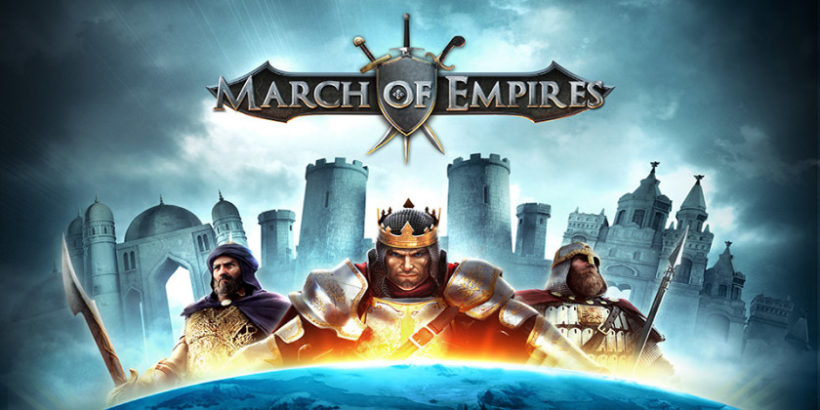 March of Empires: War of Lords For PC – A Brief Review

Let’s face it – the world can be a tough, cold angry place. Maybe you got shouted at by your boss today, maybe your girlfriend left you, maybe there is no reason to even get up in the morning.

OK well perhaps that is a little extreme, but even so we all know that playing a great immersive game can make us feel so much better no matter what is happening in (ugh) the real world.

Being a fan of great strategy war games like age of empires or command and conquer always leaves you with a feeling of power. Who doesn’t enjoy crushing the enemy with your formidable forces in combination with your quick with and powerful intellect?

Games like these are hugely satisfying and it is no wonder why they are becoming increasingly popular. Not only do they allow the bloodlust within us to be unleashed but it also exercises our critical thinking and motor skills as well as having the capacity with our frenemies wherever they may lie.

If you haven’t already checked out March of Empires: War of lords – you really need to. Can you not taste your victory already? Mmm it feels good.

Ok so what is this game all about? If you haven’t picked up on it already, March of empires is a strategy and conquest game is a massively multiplayer on line strategy game. The first thing you need to when you fire up this beast is to choose a class -you have three choices, each of having their own strengths and weakness – which I will leave up for you to figure out. The choices are King, Sultan or Tsar. Whichever one you choose however the game will be built upon the theme that your character is in.

After this important decision is made you will be taken to the main game screen where a rather, scantily clad helper of sorts guides you to get the grips of the game. First thing you are going to need to do is build a barracks so you can train some soldiers to fight for you. You have the option to speed up soldier development by spending a little more of your resources to get you going – there is on screen information giving you stats on what each type of military unit do what and who they can fight well against – all helping to ultimately develop your overall strategy.

After you have built a few men you now have the opportunity to attack a neighbouring encampment – to test out your new army.

After a few easy battles your stronghold will open up allowing you to explore more thoroughly different kinds of units and new kinds of strategies you can employ. For example, the academy district in your stronghold is locked for the first 3 levels of the game, but once unlocked you can start researching new kinds of technologies to threaten and intimidate your enemies even more.

Research and upgrades take time, so it is wise early on to invest into upgrading your buildings as much as you can so that you can efficiently use your resources and speed up your production efforts. 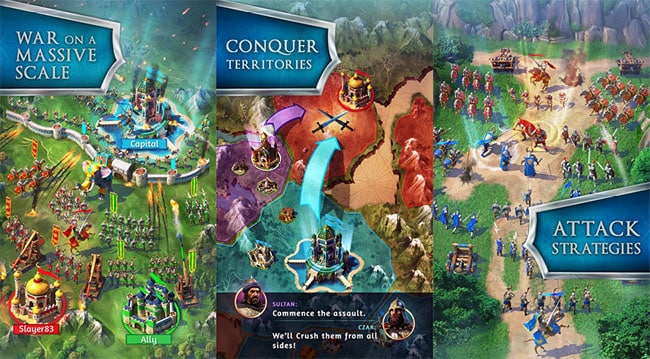 You will also notice in the game a seasonal affect – just like in real life seasons change, giving a unique gaming experience.

The best thing to do – is try the game out yourself. It really is a lot of fun and super easy to learn. If world conquest is on your agenda then this is the way to do it.

How to Download and Play March of Empires: War of Lords on PC:

About March of Empires: War of Lords

If you liked this post, don’t forget to rate and share. Also if you can’t run March of Empires: War of Lords on PC/MAC or any other issue, write in the comments below and we’ll help you.