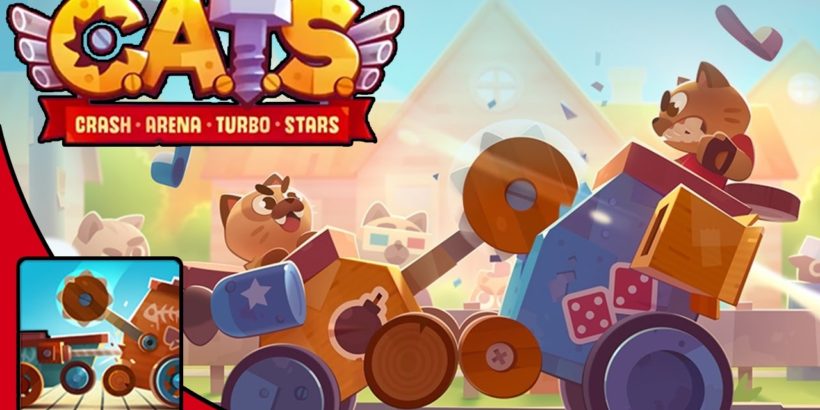 ZeptoLab, the creators of the hit games “King of Thieves” and “Cut the Rope”, have programmed one of the most ingenious and addictive battle bot construction games – CATS: Crash Arena Turbo Stars. This action loaded game lets you combine all sorts of random parts, to create ridiculously cool war machine and face off against other real players from around the world doing the same. In this page, we take a closer look at what makes CATS: Crash Arena Turbo Stars unique as well as how to install it on your PC.

This multiplayer robot combat game is cat themed. You’ll assume the role of a mean street cat, who’s dreaming of becoming the best engineer of war machines world wide. Tony, who’s your uncle, decides to enroll you into the car battle championship. You’re expected to fight your way up from backyards to the final and become the world championship.

1. Be a Master Engineer

You’ll be sorting through collections of parts to find the ones that can make the strongest vehicle and then fuse them carefully as you craft, design, upgrade & improve your ultimate battle robot. You’re not always going to emerge victorious, but losing and winning are normal parts of life, and makes CATS to be even more interesting.

CATS: Crash Arena Turbo Stars is a free to play game, but you can always purchase gems with real money. Gems can be used to buy additional boxes, which contain new parts as well as other supplies. Due to the fact that what’s in the box is a crapshoot, this is definitely not a game that you can easily buy your wins in. Having all the parts won’t help you if you can’t put them together wisely- CATS is all about clever engineering.

When it comes to visuals, CATS features terrific & warm 2D graphics, which can be compared to what you’ve seen in the best animated TV shows. The war machines move exactly how you’d expect, given their center of gravity, size, wheel and material. You’ll love the rich 2D animation when playing CATS on your Windows 7/8/8.1/10/XP or MAC PC.

CATS is an asynchronous multiplayer game, which can only be played online. The machines fight automatically and the final results are based on real-life physics. When you win a fight, you’re rewarded with supply box with new part that you can use to craft an unbeatable fighting robot. 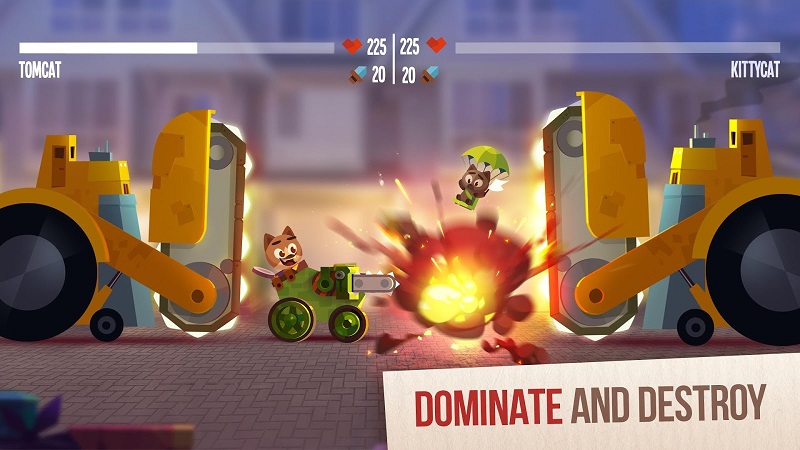 Overall, CATS: Crash Arena Turbo Stars is a great & entertaining game. It’s suitable for viewing and playing for the whole family. Anyone can play as everyone watch. This can even be more interesting if the game is installed on desktop or laptop. Do you think that you have what it takes to make your opponents bite the dust? Test your skills by downloading CATS: Crash Arena Turbo Stars for PC on your Windows 7/8/8.1/10/XP or MAC OS.

How to Download and Play CATS: Crash Arena Turbo Stars on PC:

If you liked this post, don’t forget to rate and share. Also if you can’t run CATS: Crash Arena Turbo Stars on PC or any other issue, write in the comments below and we’ll help you.