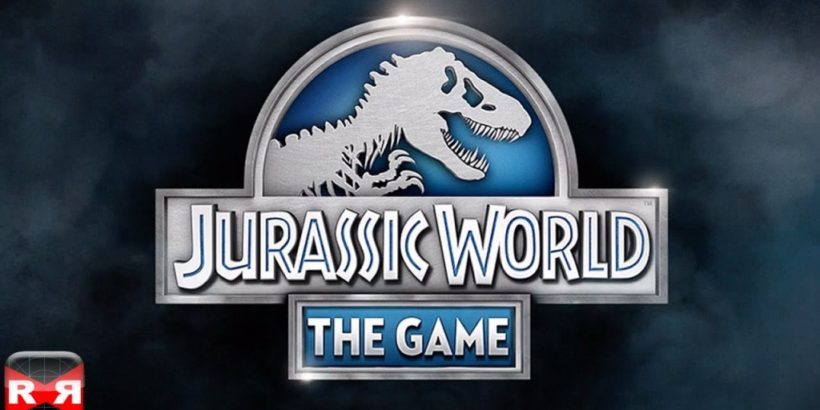 Have you ever seen a Jurassic Park movie and thought “Hm, that would be great if it were an actual game.” but you couldn’t find it anywhere?

Well those times have long passed as Jurassic World: The Game is out and it’s amazing. It truly is everything that you could ever want out of a Jurassic Park themed game. From the dinosaurs battling, to the creation of the park.

Sure, it’s fun but sometimes you might find yourself in a rut because of your lack of Dino Bucks, that are not easy to come by at first sight, or because you seem to lose fights. And that is where we come in to help you with our top five tips and cheats to get better at the game.

It sounds silly, especially to people that don’t play mobile games all that much, and they would probably wonder why you have to do that; but you and I know, don’t we? It’s to collect free Mystery Packs that get unlocked every five hours and grant you DNA, Dino Bucks, food, special missions, etc.

So we recommend that you make a habit of going into the game at least once per day in order to get those amazing bonuses. And if you do, stick around and play for a little while; nothing bad can come out of that. 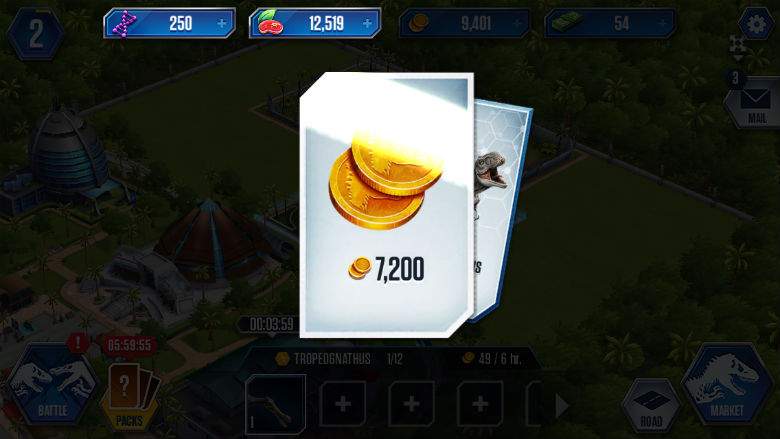 There is a very simple way of obtaining more DNA and Dino Bucks that you probably didn’t know of, and it is as simple as watching a few ads for other mobile games.

What you have to do is check out your map, tap on the DNA or the Dino Bucks icon on your screen and then select the option that gives you free Dino Bucks or DNA once you have finished watching the whole advertisement. 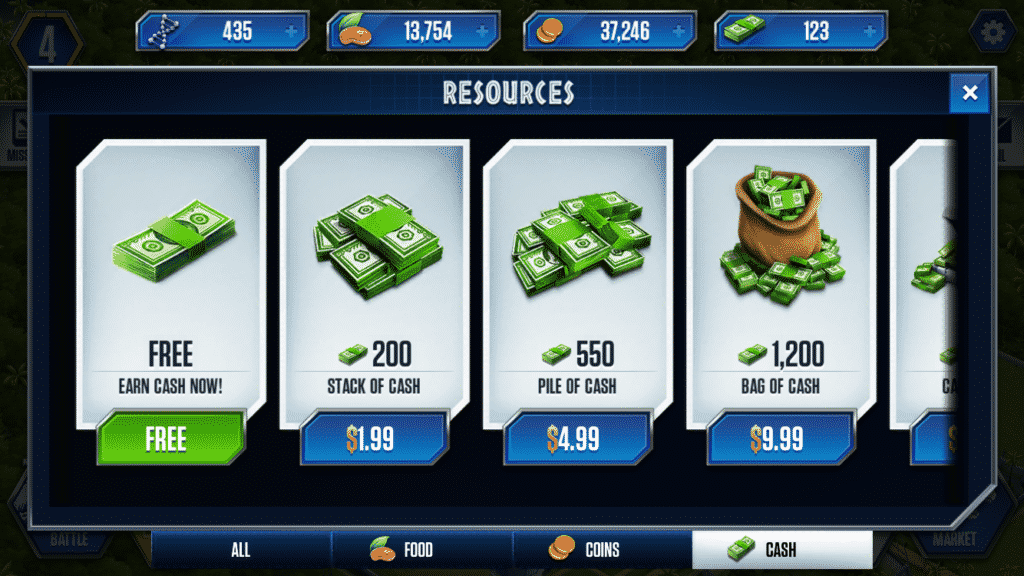 The other headers were pretty much self-explanatory, while this one isn’t, so you might be wondering what the hell are we going to present here. Well, it’s simple, in Jurassic World: The Game your dinosaurs fight other dinosaurs, but did you know that some types are stronger against other types?

Think of it just like the Pokemon games where some types of Pokemon were stronger against others.

If you ever forget you can just click the info button when you are choosing your team.

Sometimes it is a bit harder to level up because you can’t just fight whenever you want. For those times we have a fix that is definitely going to help you with gaining levels in a rather quick manner.

You just buy as many structures or decorations from the building store, because building them will give you experience. Decorations are recommended because they don’t take time to build, so they are the best choice in this case.

After that it’s just a cycle of selling them all, which gives you half of your coins back, and then buying them again. Pretty neat, don’t you think? You’ll be leveling up like this in no time, if you have coins to begin with. 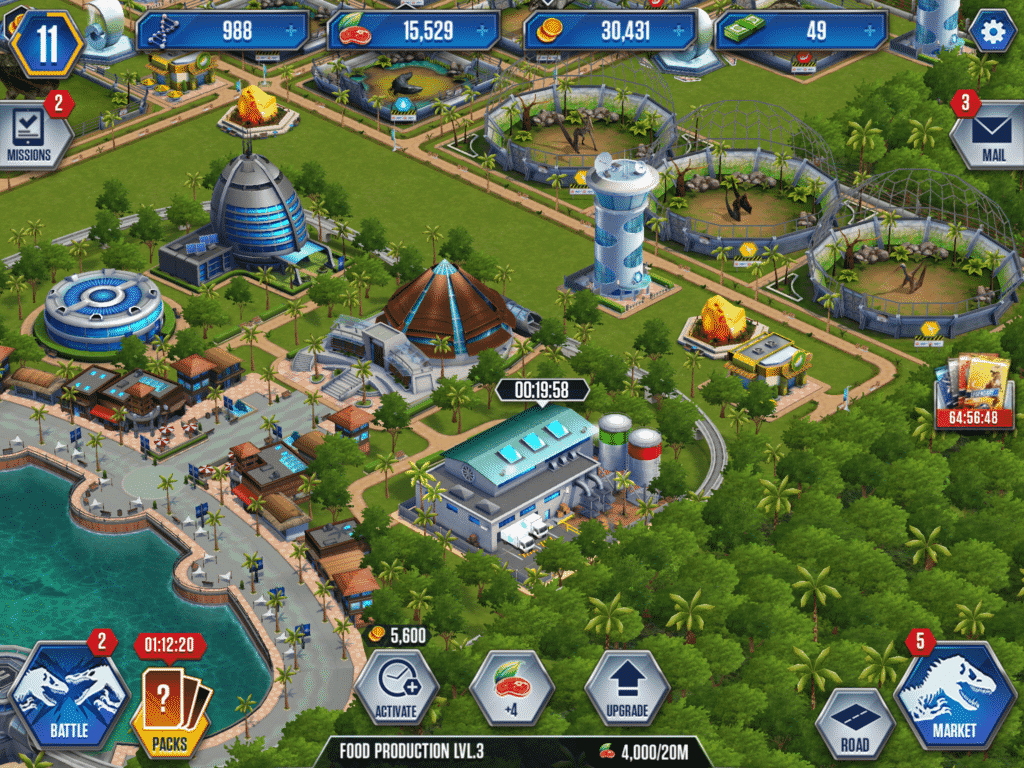 5) Building Charge Points is the Key

You want to win a battle?

Then start building charge points right when you enter the arena, no matter how much you would like to just go on the offense or defense in the beginning. If you do build up your charge points, your next attack will be even stronger.

Something really daring is to do charge and defense for the first two turns in order for your dinosaur to deliver a one hit kill in the third turn.

Talk about feeling strong. But there also is another way that is a little bit more gruesome and cold. Having a sacrificial lamb. This would be one dinosaur that you would send into battle first in order to build charge points so that when your next dinosaur comes into the arena, it’s extremely strong.

Yeah, you’ll be one dinosaur down to begin with, but the rest will be exponentially stronger

About Jurassic World: The Game

If you liked this strategy guide, don’t forget to rate and share. Also if you have other Jurassic World: The Game cheats or tips leave a comment below.