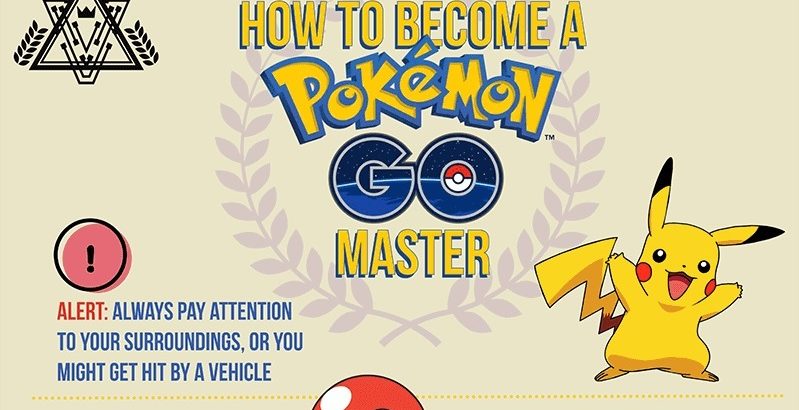 Pokemon Go is considered as one of the best mobile game apps ever invented. However for most Pokemon Go enthusiasts, the game provides little in the way of guidance as to the nuances of the Pokemon when it comes to catching, collecting and evolving it. However, the following 16 tips on how to play Pokemon Go will not only help you to achieve great success when playing this game but will also help you become the ultimate Pokemon Go master!

1. The smaller the ring the better the chances.

Throw the pokeball when the ring diameter is as small as possible so as to increase the chances of catching the Pokemon.

The ring color will tell you how difficult it may be to catch a Pokemon; a red ring basically means hard, yellow ring medium while a green ring means easy.

3. Rustling leaves? Get ready to catch your Pokemon.

Rustling leaves usually indicate the presence of a Pokemon nearby: so get ready!

Your Pokemon menu can help you in tracking down the nearest Pokemon.

When playing Pokemon Go, the lesser the footprints you see, the closer you are to a Pokemon.

Pokemon spawn and despawn is based on time and location. Typically, the spawn rate of a Pokemon is usually fixed at a certain interval maybe with the despawn rate for all Pokemons being 15 mins.

7. Easy way to catch a Pokemon.

It is actually easier to catch a Pokemon by turning off your phones camera. All you have to do is toggle your AR switch.

8. Hatch your eggs, to get a Pokemon.

You can collect eggs at Pokestops after which you are required to walk for some distance so as to incubate and hatch them into Pokemons.

If you have too many duplicate Pokemons, you can trade them in at Doctor Willows and get candy.

You don’t have to leave your house or office; you can use incense to attract your Pokemon for up to 30 minutes at a time.

Feeding a Pokemon with raspberry will make it much easier to catch a Pokemon.

Want to make your Pokemon much stronger so as to fight in the gym, all you have to do is evolve it.

Once you have reached level 5, you can be able to take part in battles within the gym. The gym is a battlefield found at various landmarks. The gym usually has a color that shows which team is in control: it can be blue, red or yellow.

14. Choose your Pokemon and battle.

Once you are in the gym, you have the option of choosing your best 6 Pokemon and going into battle. When in battle, all you have to do is swipe right of left to dodge, tap for a short attack or long press for a special attack.

By putting the above mentioned Pokemon Go tips and tricks into practice, you are assured of being a Pokemon Go master in no time at all!